Personalized Plates - to do or not to do?

When I got my first car, I wanted to personalize it.

I didn’t get to choose my car. I bought it because there was a good deal on it. It wasn’t the color, make or model that I wanted. Of course, it was just cool to have a car.

However, I wanted to make it my own, so I tried to come up with a few ways to snazz it up.

I wasn’t about to put up one of those silly window-hugging stuffed animals (although the Garfield ones aren’t horrible).  I’ve never been a big fan of window decals either. Having anything dangling from my mirror was not an option.

Lastly, I seriously considered a personalized license plate. I would probably have ended up with one, but I couldn’t come up with anything I liked. After all, there are fewer characters to work with than on Twitter.

I hadn’t paid much attention to it before, but lately I’ve been noticing that a lot of people didn’t have the problem I did in coming up with a personalized plate.

I don’t know if it’s southern thing, a North Carolina thing or if there are just that many personalized plates out there.


Is this person telling people to buy land from them or buy land in general? 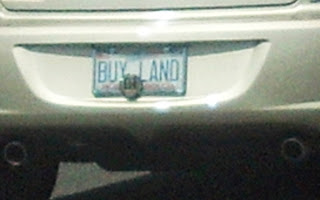 This person obviously spends their free time on a boat someplace on Lake Norman. 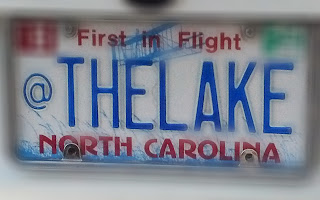 This person obviously has strong, positive feels about pop/rock 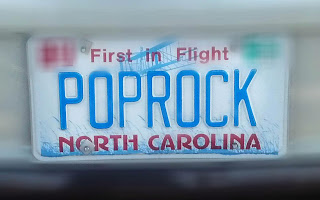 I wonder where she’s from? The bumper sticker for CalState is also a giveaway. 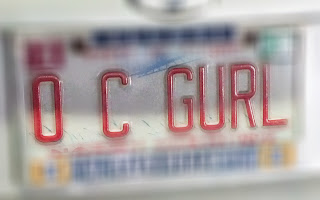 Anyone need makeup? Leave a note on the window of this car and they can probably hook you up. 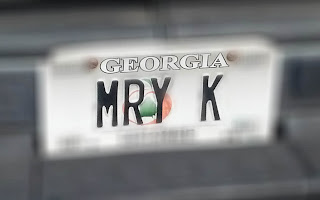 You may need to be extra cautious in front of, beside, or behind this driver. 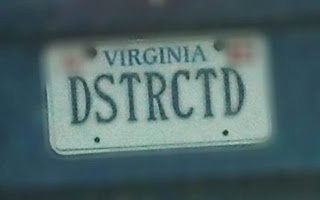 A fan of the Kats – the Charlotte Bobcats, though? That would be CatsR#1. Yeah, I just corrected the spelling on a license plate. That pesky journalistic schooling just won’t leave me alone. 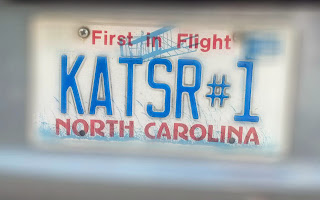 This is obviously the family car for the the Cullen clan from Twilight – at least in Part I. Whatever happened to the sparkling thing in the rest of the movies? 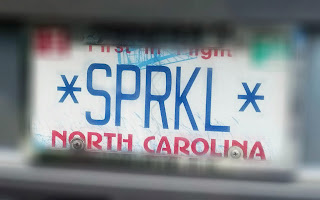 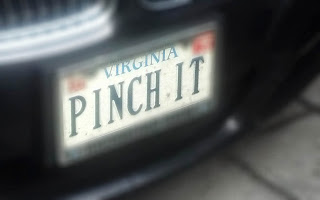 Good times behind us. 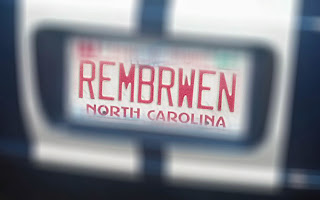 This driver doesn’t have a confidence problem. She’s an animal lover though, so she gets points for that. 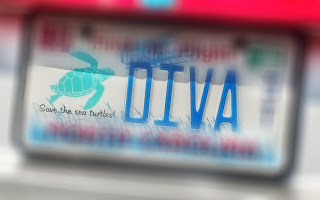 These people have no confidence issues either 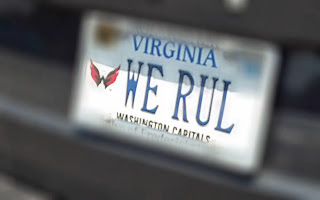 I’m confused by this one. Flyer girl? Florida girl? Maybe she’s a pilot? 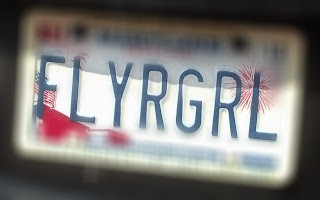 This driver has one too many ‘i’s on their plate or they are a fan of Deicide, the death metal group from Florida. Heck, maybe it is a member of the group. I should've left a sharpie and piece of paper on their windshield to find out. 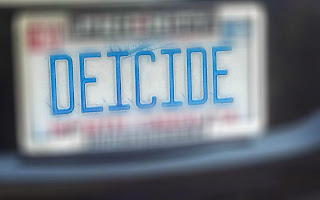 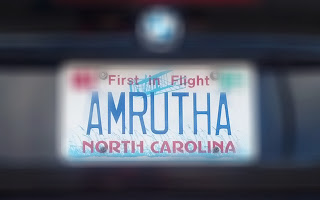 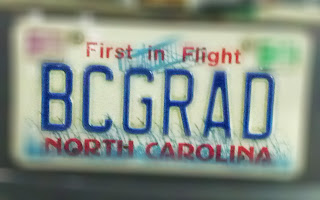 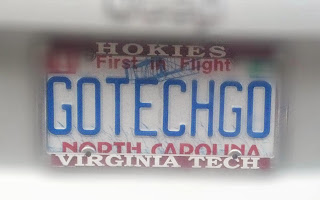 My personal favorite (if only I would have thought of it first!) 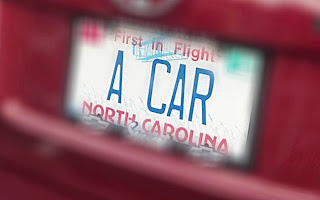