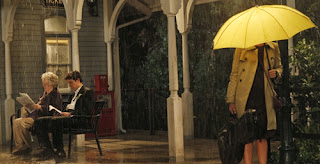 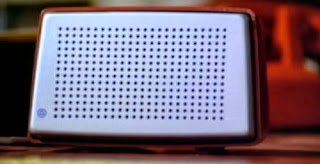 This character’s name was part of the TV show’s name, yet “Charlie” was just a voice from a box.

He instructed the Angles on their assignments, but was never revealed to them. There are a few episodes where the viewer sees the back of his head and arms. He's usually surrounded by gorgeous ladies. I wouldn't be worried about showing my face either if I was in that situation.

He's got it made when you think about it. He does his job over a voice box and hangs out with a bevy of beauties. Not too shabby. 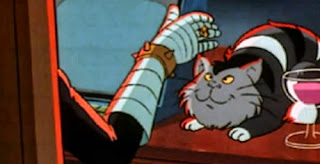 One of my favorite characters was Dr. Claw. His voice, his blinged-out glove and his evil, fat cat all made him just as entertaining as Inspector Gadget. He always escaped and vowed to get Gadget back – just like Skeletor with He-Man and all the thugs that the Scooby Doo gang busted.

Dr. Claw was a great counterpart for Inspector Gadget. They revealed his face in the big screen adaptation. They also revealed Claw’s face in the form of an action figure. However, his face was never revealed on the cartoon – as it should be. 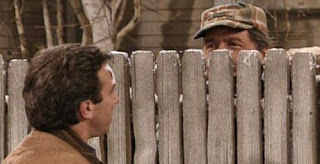 Who can forget Wilson? His face was always hidden, usually behind the fence where he and Tim had their talks. There were a few times that other strategically placed objects prevented TV viewers from seeing his face though. I’m not sure there was a real reason to hide the bottom part of Wilson’s face.

The actor, after all, isn’t deformed in any way. Hiding Wilson’s face gave Home Improvement a unique element, setting it slightly apart from other sitcoms that aired during the show’s original run.

You really didn't need to see his face anyway. The actor was good at conveying emotions through his eyes and his voice. 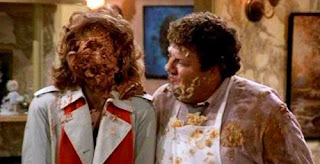 Norm (George Wendt) was always heading to Cheers to avoid his wife. While he was at the Boston bar, he usually let his feelings out amongst his beer-drinking buddies. Letting his feelings out meant ragging on his wife, Vera. In a Thanksgiving episode of Cheers, viewers got a glimpse of Vera – but not her face. It was covered in pie.

We never got to see what Vera actually looked like. Of course, the actress who played Vera in that Thanksgiving episode -- Bernadette Birkett -- is married to Wendt in real life, so all you have to do is Google her name to see a photo of her. It’s more fun to leave it up to the imagination though. 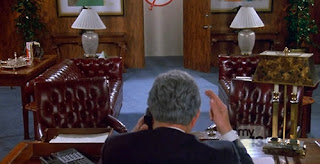 George Steinbrenner is the Yankees owner, but may be known just as much for his caricature on Seinfeld during his interactions with George.

It was during the few times George had a job over the course of Seinfeld’s 9 seasons. George got a job working for the New York Yankees.

Seinfeld creator Larry David voiced the character, who talked nonstop. It didn't matter whether anyone was listening or if anyone else was talking. The actor who played the back of Steinbrenner's head? Lee Bear. How's that for something to put on a resume? 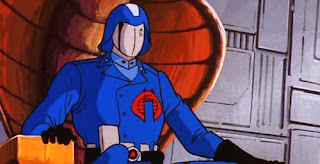 His face was somewhat shown in the animated motion picture from the early 90s, but, beyond that, Cobra Commander's face is kept hidden, beneath a metal mask or a blue cloth.

With his extremely unique voice, who needs to see his face anyway?

Cobra Commander was a very weaselly character, always running from a fight if there was even a chance he was going to lose. The mask played into his favor, making him seem intimidating even though he had about as much courage as the Cowardly Lion from The Wizard of Oz. 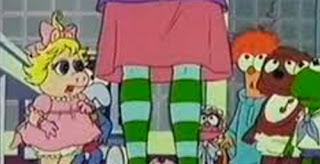 This children's TV show that aired from 1984 until 1991 showed the Muppets living together in a nursery.

A woman, simply named 'Nanny,' took care of them. Her face isn't shown because the show is shot from a children's perspective.

Therefore, the only thing we see are her pink skirt, purple sweater, green and white striped socks and purple shoes. We may not know what her face looks like, but, based on her wardrobe, we know that the poor woman was obviously colorblind. 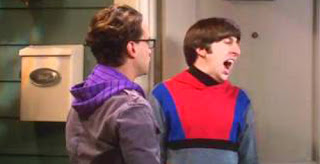 If we're talking about faceless characters and unique voices, we've got to talk about Wallowitz’s mother from The Big Bang Theory.

She is arguably one of the more entertaining parts of the show, which is hilarious.

She’s certainly not a mother anyone would want, constantly nagging Howard with that voice that can only be described as a nasally, smoker's voice.

She's usually saying the wrong things too, embarrassing Wallowitz at every turn. How can anyone blame Wallowitz for being a creepy little man when he had an upbringing like that?