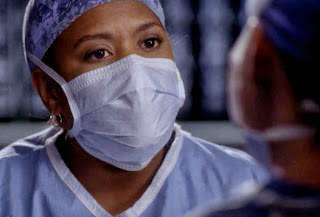 I've watched Grey's Anatomy before, but it's been a while. I noticed that they had a new season on Netflix, so I was getting caught up with the latest hospital drama. I noticed, while watching it, that Miranda Bailey was wearing earrings while in the operating room.

Now maybe that's the way it really works. Maybe the doctors and nurses have dangling necklaces, watches, rings and earrings while they are in the O.R.

I wouldn't actually know since I've never been in one. However, one would think that earrings would not be appropriate to wear in the operating room. 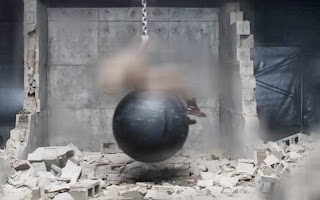 It seems all Miley Cyrus is trying to do these days is grab attention, get headlines and sell herself -- I mean albums. Sex sells. Britney Spears proved that. Pamela Anderson proved that. Channing Tatum is proving that. There are dozens of not-so-talented actors/actresses, models and singers who use their looks to achieve money and success.

The thing that baffles me about this whole 'wild child' Miley thing is: Miley doesn't need to resort to that.

As Pink told E! Online, “She’s really freaking talented, she’s beautiful, she can sing her ass off and to go up there and do that? She’s cheating herself and she’s cheating the rest of us."

Pink is a pop veteran. She knows her stuff.

"People can like it if they want," said Pink. "I’m not going to buy it. She can do better. I’ve seen her do better.”

Miley is one of the few young, former Disney teen stars who are actress/model/singers who can actually sing. Whether the entire 'pop star gone wild' is an act or not, it's a pity she's restoring to swinging nude on a wrecking ball in her music video when the song is incredible on it's own merits.


Lastly, WTF is up with Kanye West lately? Granted, he's never been the most humble of people, but his interview with Zane Lowe for BBC left me shaking my head.

“I’ve reached a point in my life where my Truman Show boat has hit the painting. And I’ve got to a point that Michael Jackson did not break down. I have reached the glass ceiling. As a creative person, as a celebrity. When I say that, it means, I want to do product, I am a product person.

Not just clothing, but water bottle design, architecture, everything, you know, that you could think about. And I’ve been at it for 10 years, and I look around, and I say, wait a second, there’s no one in this space that looks like me, and if they are, they’re quiet as fuck. So that means, wait a second, now we’re seriously, like, in a civil rights movement.” 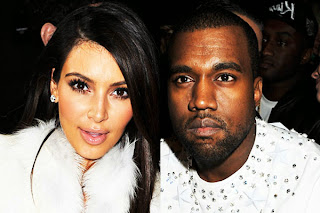 He's all about selling himself to make money it seems. He reached a point Michael Jackson didn't break down though? What point is that? Kanye married a reality TV star and is therefore photographed more than before. You're right -- MJ didn't do that.

Michael Jackson sold between 300 and 400 million albums in his career.

Then he goes on to say he's the biggest rock star in the world.

I'm pretty sure there's more than a handful of people who could dispute that claim.

Nonetheless, the most ridiculous statement Kanye made was "I am a God."

"We got this new thing called classism," West explained. "It's racism's cousin. This is what we do to hold people back. ... And we got this other thing that's also been working for a long time where you don't have to be racist anymore, it's called self-hate. It's like the real estate of racism. Where, just like that, when someone comes up and says something like, 'I am a god,' everybody says 'Who does he think he is?'

Meanwhile, after several of his outrageous comments were spoofed by Jimmy Kimmel, Kanye threw a Twitter fit about it and demanded an apology.

The guy is living in his own world. Maybe he's a God after all...