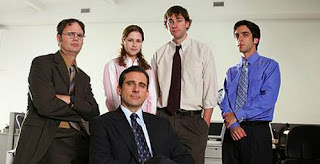 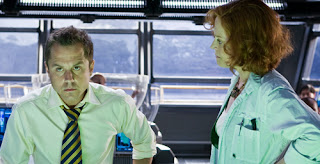 
Parker tried to negotiate with the Na'vi just so he could avoid bad press. He's one of those profit margin bosses -- more concerned with getting rich and keeping his job than standing up for what's right. 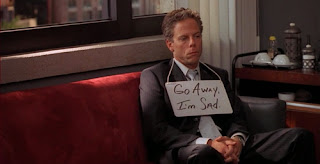 If you’ve watched an episode of Ally McBeal then you’ve probably seen the kind of crazy antics that take place in that office.

That is, in large part, due to Richard Fish and his lack of control. He's the type of boss who lets almost anything go.

In a way, that's a good quality.  He (sometimes) delegates and lets his employees go to town.

The problem is that a lot of times there would be a certain degree of chaos that happened at the Fish & Cage law firm. 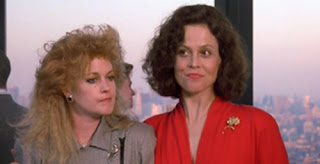 It's the second time one of Sigourney Weaver's movies is on the list. This time she's the horrible boss.

Working Girl was a big hit in 1988. It was hard not to enjoy watching Melanie Griffith's character as a secretary with bigger goals. Part of the reason it was so easy to root for that character is because there was a counterpart in the form of Sigourney Weaver.

Yep, Katharine Parker is the kind of boss that will take credit for your work and backstab you in a second. It got her pretty far in life. After all, she was able to take skiing vacations in Europe and ride in fancy limousines.

After seeing Parker's despicable attitude throughout the movie, it's a nice pay-off seeing Katharine Parker get her comeuppance at the end of the movie. 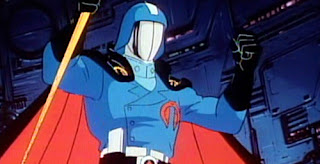 He’s sniveling, whiney, loud, and spineless, which means if it comes down to it, he’ll throw you under the bus in a second. Cobra Commander has qualities that make him a great comic book villain, but a horrible boss.

The proof is in the pudding with the Commander. How many times have his goons lost their battles against the Joes? It’s not too often that Cobra Commander or Cobra is on the winning end of fights with the G.I. Joes.

Cobra Commander would never take responsibility for those failures, but a large portion of the blame probably lies on his shoulders.

Watch Cobra Commander defend himself against those claims 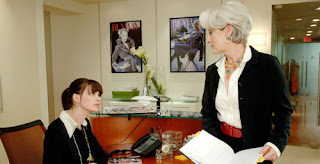 The Devil Wears Prada was a pretty widely talked about movie when it debuted -- mostly because of Meryl Streep's portrayal of Miranda Pirestly -- the Devil in heels.

She treated her employees like servants, flinging her coat in their direction as she walked through the door. She had no qualms about making her displeasure known if any of her employees messed up in the tiniest of ways.

She showed that she does have a heart --- waaaaaay deep inside of her, but it's not often that she makes that side of her personality public.

Watch Miranda's employees freak as they prepare for her arrival. 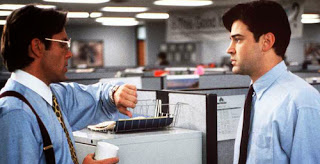 When Bill Lumbergh asks you a question or makes a comment, he's actually telling you how it's going to happen.

The deliver of those lines in Office Space made Bill Lumbergh an instant classic when it comes to bad bosses.

He has zero interest in his employees or their happiness in the work place. He likes to tell people what do and he has a personalized license plate that reads: "MY PRSHE." That should tell you something about his ego.

Meanwhile he's always focused on having his employees fill out pointless paperwork. Oh yeah, if that means coming in on a weekend, so be it.

Bill Lumbergh: "Oh, oh, and I almost forgot. Ahh, I'm also gonna need you to go ahead and come in on Sunday, too..."

Watch the Best of Bill Lumbergh 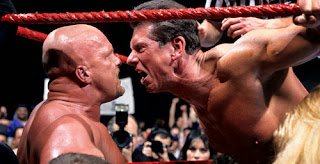 From 1997 to 1999, Steve Austin got to do what thousands of people around the world would love to do every day: stand up to his boss….by beating the crap out of him on a regular basis!

Mr. McMahon was the typical corporate tycoon and he didn’t like the fact that a cussing, beer drinking redneck from Texas was representing the World Wrestling Federation as its champion. That’s why McMahon tried to make Austin’s life a living hell.

He constantly stacked the odds against him, trying anything he could think of to cause Austin to lose the WWF Title. In some cases he was successful. Numerous wrestlers have said that meeting Vince McMahon in real-life is intimidating, but the Mr. McMahon from television would be much, much worse. 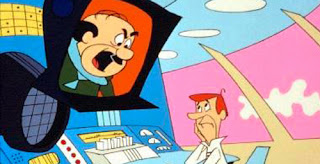 Mr. Spacely may look like Danny DeVito, but he's nowhere near as comical if you're working for him.

He had the "You're fired" catchphrase long before Trump did, too.

What other boss sets laser traps to check and see if his employees are on time? Who else but Mr. Spacely pulls on his employees’ ears and drags them to where he wants them to be?

It's a wonder George Jetson survived as long as he did.

Of course, Jetson may have lasted so long because he doesn't like confrontation and didn't often ask for a raise. Mr. Spacely was depicted as a big (although physically small), egotistical, corporate tycoon who only cares about the bottom line.

If George was willing to work without asking for a raise, why would Spacely fire him? 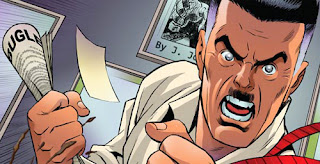 Those words were yelled more times in comic books, the animated Spider-Man TV series and the movies than probably any other in the entire Spider-Man franchise.

Jonah Jameson must’ve been a nightmare to work for.

No picture that Peter Parker took was ever good enough. He never got the photo to Jameson quick enough. He was underpaid for all of his work because, on top of being constantly angry, Jameson was a cheapskate.

A cheapskate boss who yells and always demeans you? Yep – he’s got to take the number one spot on this list. Working in news is tough enough, but working for a boss like that? No thanks!

That being said, Jameson is certainly one of the more entertaining aspects of the Spider-Man franchise. Sure, Spider-Man goes off to fight villains, but Jameson provides an antagonist in the workplace setting, making Peter Parker relatable than a lot of other super heroes.