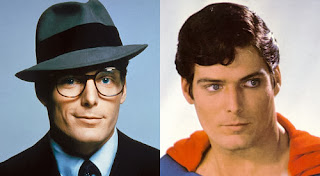 I will say that Christopher Reeve did an amazing job portraying two seemingly different people in the original Superman movies.

As Clark Kent, he fumbled with his words and seemed unsure of his own physical strength. As Superman, he was confident, collected and bold. 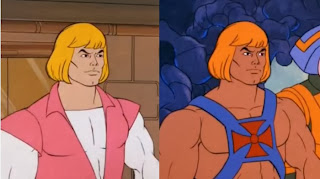 If you thought it couldn't get worse than Superman, then you haven't seen He-Man.

I'm a huge fan of He-Man and the Masters of the Universe, but even I can admit that he's got one of the worst super hero secret identities of all time.

As Prince Adam, he's lighter-skinned and has blonde/yellow hair. As He-Man, he's uber-tan and has golden hair. He-Man has a deeper voice too.

The bone structure of the face? Stays the same. The build and posture are also the same.

In the 2002 He-Man reboot that aired on the Cartoon Network, the animators made Prince Adam a weak-looking teenage boy. When he held up the Sword of Power and said, "By the power of Greyskull..." he transformed into the muscle-bound He-Man. In the 1980's Filmation version, however, Prince Adam and He-Man look the same, minus the change in clothing, change in hair color, change in voice and change of skin tone.

Those minor change aren't enough to deceive anyone not named Inspector Gadget. Even he would probably be able to figure it out by the end of a half-hour episode.

There are a few other disguises that don't do much good either, but they at least had masks. 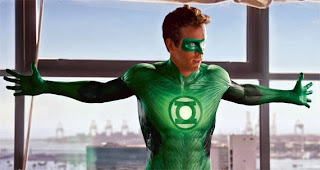 In the Green Lantern movie that starred Ryan Reynolds, it was explained that his mask automatically appeared anytime he needed to protect his secret identity.

How much of his identity is hidden by a small mask that covers a small portion of his face?

With all that alien technology, you'd think they could have given him a full-on head mask like Batman. 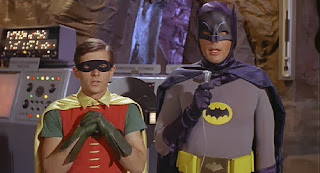 Speaking of Batman, his sidekick Robin has never had the best outfit either.

Again, just a mask. Considering that Batman has a cape, cowl and mask, all Robin got was a Zorro-looking piece of fabric that covered his eyes.

Since Bruce Wayne is a millionaire, he could probably have made a donation to the 'Get Robin a better costume' fund. Since Batman's secret identity is directly linked to Robin's secret identity, you'd think Bruce would have made sure Robin was better disguised.

At the end of the day, they are superhero stories, so you can't overthink it.


Related Content:
• Actors who have played more than one comic book super hero
• Ben Affleck as Batman? That could work.
• 7 Super Heroes Who Deserve Their Own Movie