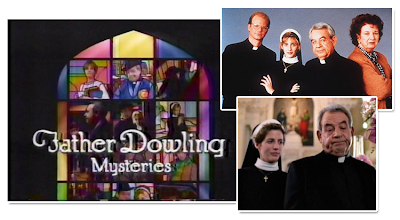 Sister Steve could MacGyver her way into any locked door with her Bobby pins. Father Frank noticed even the tiniest details and helped Sgt. Clancy solve several murders. The show developed a pretty standard routine that usually included Frank and Steve investigating a crime scene after the police cleared it, sneaking into office buildings, going undercover at bars and pubs, and, at the same time, dealing with the goofy shenanigans of Father Prestwick.

Although the writers did seem to run out of ideas, it's too bad the show didn't last a couple more seasons. I think they could have made it to five seasons before it jumped the shark. 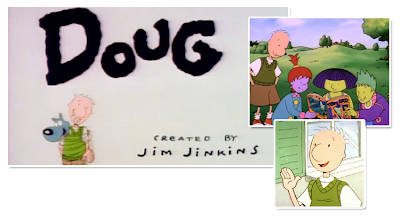 Back in the days when Nickelodeon had good TV shows, pre-Spongebob Squarepants days, there were shows like Rugrats and Doug. Rugrats got decent treatment with two big-screen movies. You can find a 'Best of Rugrats' in the $5 DVD bin at Wal-Mart.

It's also been shown in syndication, but Doug hasn't gotten the same treatment. The show is easy to forget about.

This half-hour show was about a boy dealing with middle school life (almost a precursor to 'The Diary of a Whimpy Kid'), his theatrical sister, and the school bully (Roger Klotz). He had the support of his best pal Skeeter (who had green skin) and his dog Porkchop. He was always trying to get the attention of the golden-haired Patti Mayonnaise.

Meanwhile, he'd take us on adventures as Quail Man through his artwork and journal.

It was a heck of a show! I think I just figured out what I'm adding to my Christmas list. 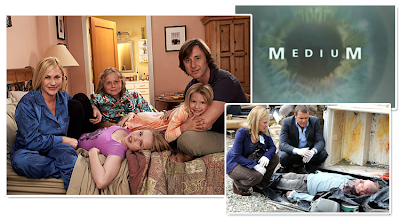 I first saw Medium when the reruns were airing for a short time on Lifetime. I'd seen the beginning of one episode (literally about 15 seconds) and flipped the channel. Then, about two months later, I saw the beginning of the same episode. I was confused as to why they were playing the same thing again. I didn't know if it was a movie or a TV show, but I figured I'd give it a chance.

After that, I was hooked. I found myself watching Medium on Lifetime every weekend at 11 p.m. I made it through most of the series when I realized season 7 was going to air on CBS. Then, half-way through the season, CBS cancelled the show.

It was an awesome show, based of a real-life medium. Basically this woman, who has the ability to talk to the dead, is studying to be a lawyer and working in the Los Angeles District Attorney's office. She ends up being useful in solving murders when her boss and a detective realize what her special gift is.

The great thing about Medium is that it didn't feel like a 'cop show.' It wasn't Law and Order or C.S.I. It wasn't a courtroom drama like Matlock. Medium was a family show, featuring Allison Dubois (Patricia Arquette) living life as a mother (taking care of three kids and her husband) who happened to be able to communicate with the dead during her sleep and happened to use that ability to help the Los Angeles District Attorney's Office solve crimes.

The actors (even the child actors) all seemed very natural working together. The family seemed like a typical one that could be found in any given suburban neighborhood. The only thing that was different about them was Allison's abilities and her not-so-typical job. It was, of course, fun to try and solve the crimes before Allison did, but I liked the balance between normalcy and extraordinary in her life. That's what made the show interesting to me.

Then there was the several appearances by Kurtwood Smith (aka Red Forman from That 70's Show). Seeing Red Forman play a bad guy on Medium was pretty cool. 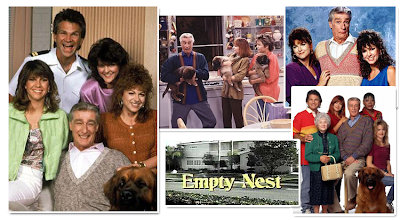 I saw this show, in rerun format, back in the early '90s too. I haven't seen it in years though. It's too bad because it was a great sitcom. Created by the creators of The Golden Girls, it was about two daughters who moved back home to live with their father, Dr. Harry Weston, after his wife died.

One daughter was a care-free, adventure-seeking cop. The other was somewhat neurotic and needed a confidence boost.

Harry had to deal with a mooching, Playboy pilot as a neighbor and a bossy, control-freak assistant at the hospital. The only other normal character in this sitcom, besides Harry, was the dog Dreyfuss.

To help get the show ratings, several characters from The Golden Girls made crossover appearances. Eventually Estelle Getty became part of the regular cast as "Sophia Petrillo."

I don't remember any specific episodes, but there were comical moments in each show that had me laughing. Each actor or actress played their part very well, so even when the show plot was boring, the actors made it entertaining to watch.

It's too bad this show doesn't get more recognition. 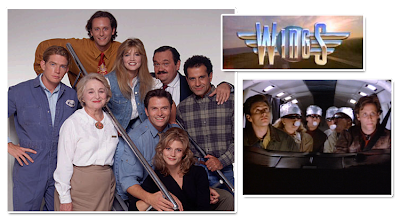 This show, despite earning ratings in the top 30 for most of its 8 seasons, seems to be overlooked. When people talk about sitcoms from the '90s, they'll talk about Seinfeld, Friends, Full House, Frasier, Home Improvement and Married with Children. Wings seems to be on the tail end of anyone's list, if it's mentioned at all.

It was one of the shows I enjoyed the most though.

Set in the fictional town of Nantucket, was about a small airport with a cast of colorful characters. Joe Hackett is the owner of a small airline, competing against the greedy Roy Biggins, who has a slightly larger small airline.

Brian Hackett -- the "screw up" -- shows up, and Joe hires him, giving Joe and Brian a chance to settle some of their childhood differences. Rounding out the cast is Helen Chapel (the waitress with aspirations of playing in the Boston orchestra), Lowell Mather (a male bimbo if there ever was one), Faye (the sweet, elderly and somewhat loopy flight attendant) and Antonio Scarpacci (the depressed taxi cab driver who lacks confidence).

I'm not sure why people forget about Wings. The acting talent was definitely present.

Several stars went on to achieve additional success outside of the show. Tim Daly, who played Joe, went on to star in Private Practice. Thomas Haden Church played Sandman in Spider-Man 3 alongside Tobey Maguire. Tony Shalhoub, of course, went on to play the lead character in Monk.

It may be overlooked at times, but there is good news to any and all Wings fans.

Just last week, I saw that Wal-Mart put seasons one and two up for $9.99 on the store display in the movie section.

Hopefully that will trigger some people's memories of this entertaining show.