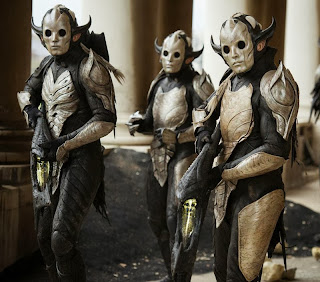 I haven't seen Thor yet (it's out today!), but I did see one of the production photos.

Whoever the villains are in this movie look pretty cool. I'm a fan of the masks and the gold and black color scheme. I'm not sure how effective these troops will be, but chances are they'll make good henchmen.

Of course, there's some pretty large shoes to fill in that territory.

When it comes to spectacularly mediocre henchmen who end up being good punching bags for the hero of the story, there's a decent group of candidates out there already. 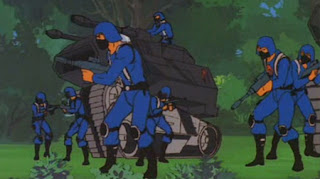 Cobra Commander's troops were a good bunch. These guys were on the front lines and were usually rewarded with a cell at G.I. Joe headquarters. The Commander was able to keep the recruiting numbers up or else spring them from jail every now and then because every episode there was a batch of goons ready to fight the Joes.

Either Cobra Commander was very persuasive or the troops weren't very bright....which might explain why they got caught all the time. 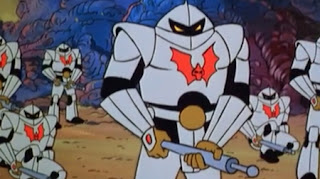 If I had henchmen, I may go the route that Hordak took and manufacture a bunch of talking robots that are somewhat able to think on their own. It would probably be easier to build robots than try to convince people to enlist in your army.

The obvious negative is that these robots were typically simple-minded and messed up more often than not. Whenever they battled He-Man or She-Ra, they usually ended up in a robotic heap of disassembled parts. Then again, He-Man and She-Ra had super-human strength, so you can't really blame the robots. 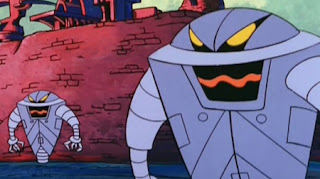 When it comes to robots, Skeletor had his own batch that caused trouble for He-Man.

Unlike the robots that Hordak employed, Skeletor's robots were mobile. They could hover in the air and they had spinning razor blades where hands would typically go. These robots couldn't talk, but they were programmed well enough to know who and when to attack.

They usually ended up in pieces after battling He-Man though. 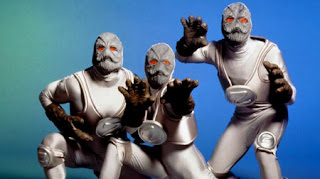 All three of the henchmen groups above were probably more problematic than the Putty Patrol. The Putties were almost completely ineffective against the Power Rangers. They weren't exactly swift and graceful in their combat mannerisms either. They moved around like a bunch of mindless monkeys. That's perhaps why they never had a plan of action when they went in for the attack.

The Power Rangers did have issues fending off the Putties, simply because of the vast number of Putties compared to Rangers. However, after the Rangers got into their groove, the Putties were done for. If they'd had a cohesive attack plan, maybe they would have succeeded for once.

The other bad thing about the Putties was their Achilles' heel: the medallion on their chest. One swift kick to that thing and the Putty would disintegrate into nothing. 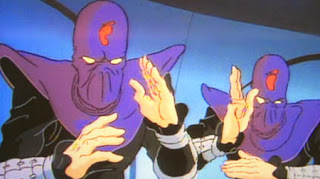 Equally as unsuccessful (but equally as entertaining) were Shredder's goons in Teenage Mutant Ninja Turtles. The Foot Clan were also robots (you'd think those villains would learn, right?).

Even though the Foot Clan gave it their best attempt, a couple dozen of them were still no match for the shell-backed heroes.

Maybe Cobra Commander had the right idea by hiring real people? It sure seems that robots don't get the job done.

Lastly, there are the best henchmen of all time (ever!): the Stormtroopers. 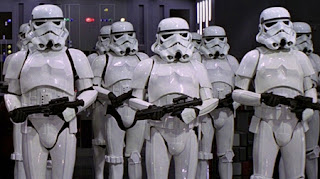 No robots here. They were clones, though. I'm not sure they were all that successful either when you look back on the movies, but they were produced in such mass force that the odds were almost always in their favor.

Where you found one Stormtrooper, you found hundreds more. Strength in numbers was their fight method.

Plus, they had the really cool imperial march music playing in many of their scenes. None of the other henchmen can say that.

These new Thor villains can try as they might, but outdoing the Stormtroopers? That will take some work.