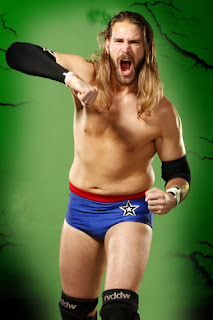 
Hero's release reminds me of a funny story though. 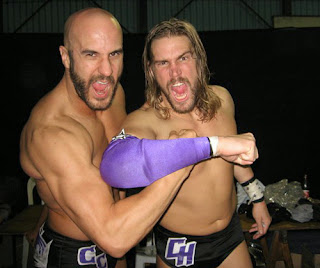 In early 2012, I wrote up a story pitch, suggesting that Castagnoli and Hero debut as tag team. WWE already gave them the "Antonio Cesaro" and "Kassius Ohno" names in FCW, so I didn't bother changing them.

Cesaro and Ohno made a huge initial impact, defeating then-WWE Tag Team Champions Primo and Epico. After that initial victory they went onto a multiple week losing streak.

I think I wrote in about two months of matches where they lost to various tag teams. Then, Ohno gets injured (kayfabe, of course), putting him out of action for four-to-six weeks.

During that time, Cesaro started competing in singles matches. Ohno (on crutches) accompanied Cesaro to the ring for these matches. As a supportive tag team partner, Ohno was thrilled with Cesaro's success, but there was a tinge of distention on his part.

After being cleared to return, Ohno and Cesaro reform their tag team. Once again, they end up losing tag team matches several weeks in a row. Finally, Ohno does the heel turn, saying something along the lines of "You're the one holding me back!"

That leads to a singles match at Summerslam -- a competitive, 10 minute match that would end with Cesaro going over. The result is that Cesaro and Ohno are now both singles stars. Ohno is a vindictive, jealous heel and Cesaro is the impressive babyface. That was the idea, anyway. 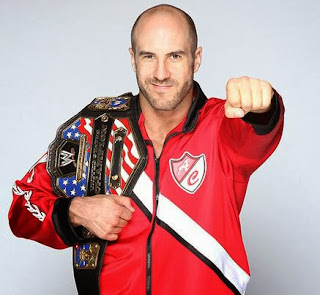 I sent the script to various people at WWE, Dusty Rhodes, Antonio Cesaro and Kassius Ohno. Cesaro debuted on WWE television in April. Obviously my story pitch didn't pan out. Cesaro ended up doing well, initially having Aksana as a manager and then winning the U.S. Title.

Cesaro did e-mail me, saying that it was a good pitch, it looked professional and advised me to keep at it. That was a cool thing of him to do. I thanked him and congratulated him on his WWE debut.

Here's the funny part of the story though. I figured if I could get CM Punk a copy of the pitch and he liked it, it'd have a better chance of becoming reality.

After all, CM Punk was in the middle of his year-long WWE Title reign at that point. If any wrestler had some pull with creative, he was probably one of them.

I looked up what I thought was his address in Chicago and mailed him a copy.

A few weeks later the envelope was returned to me. I figured it must not have been the right address and was a "return to sender" type of deal. 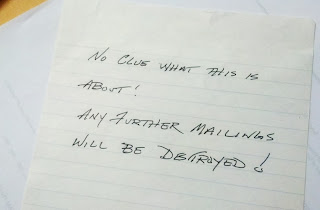 When I opened the envelope, I found this note:

"No clue what this is about! Any further mailings will be destroyed!"

The note doesn't indicate whether the envelope was sent to the correct address or not. It was simply returned to me with that note.

I included a cover letter, explaining that I wasn't sure if it was the correct address, but that I was trying to get this to CM Punk. I guess this person didn't read my cover letter since his/her response was, "No clue what this is about!"

I had to LOL at the choice of words too. It will be "destroyed!" They're not going to just throw my envelope away or recycle it (that'd be the Earth-friendly thing to do). They're going to destroy it! Alright, Dr. Evil. Have at it.

I was tempted to send something else to that address, just to see if I'd get a response.

Maybe I'll send WWE another pitch and we'll see how that goes. It would give me the chance to bust out this hashtag on Twitter:

One thing's for sure, though: I won't send a copy to that same address in Chicago.