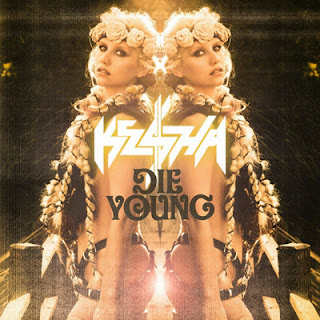 "C’mon" seems like "Die Young"-lite, but not as catchy or well written.

I know Sandy Hook happened and they stopped playing "Die Young" on some radio stations last year, but I’m surprised they picked this one as the second single. This one grows on you too.

It’s your typical party song, but it has a feel-good vibe, a quick tempo, and a lighter sound than most club music.

The best way to describe this song is Taylor Swift’s “We Are Never Getting Back Together” – Ke$ha style. She was scorned by a cheating someone and now he’s got a permanent reminder of his mistake in the form of this song.

“Found out you’re full of it
I’m over it
So suck my dick.”

The lyrics aren’t anything amazing. They’re what you’d expect from Katy Perry actually. Ke$ha makes the song fun enough to overlook the Perry similarities though.

Something Ke$ha excels at on this album is making sure that, 2/3 into each song, where a guitar solo or a rap verse would typically end up, there’s a different sound, whether it’s a guitar, a synthesizer, or some other kind of sound entirely. 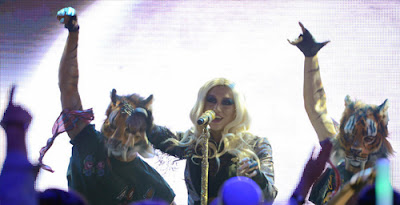 This one is about letting loose at the bar – dancing and having fun.

I don’t know if Ke$ha ever heard of Far East Movement, but “Like A G6,” and “C’Mon” are from the same family tree.

It ends with Ke$ha whispering, “We are the crazy people,” in the same manner that Marilyn Manson starts out “The Beautiful People.”

Ke$ha’s quasi-ballad here. It’s not my favorite song. It was alright, but it kind of gets lost in the shuffle on the album. It’s one of those songs where it starts playing and you don’t get especially excited. Then, about a minute into the song, you go, ‘Oh yeah. This is a pretty good song.’

It's synthesizer-heavy, but that doesn't detract from the song at all.

The lyrics are kept pretty simple here, as Ke$ha repeats, in different tones, “Wherever you are, love will never die.” 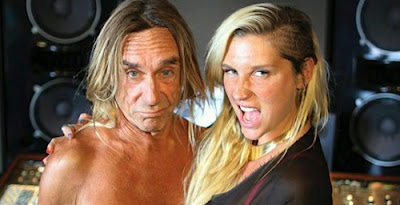 Does it even matter if this song is good or not? It’s a Ke$ha and Iggy Pop duet. Talk about your perfect match! Iggy is the one person who is as out there as Ke$ha. They don’t disappoint either. Ke$ha does her best 80s rock impression when it comes to her vocals. It works for her too.

With the clapping and a little more folk than dance, but still maintains the trademark Ke$ha energy.

The thing I liked about this song is that you could tell – just by listening – that Ke$ha and Iggy were having a blast in the recording studio. I think they fed off each other when making this one. The result is a crazy good time.

This song has some definite grittyness to it.

I think this should have been a single. It’s something different and the duo of Ke$ha and Iggy Pop is hard to beat. 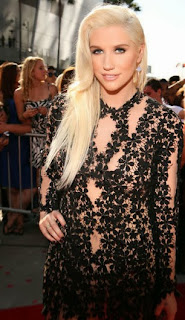 “Everything was so simple then
living life like our last weekend.”

The lyrics, the music and the vocals are all very reflective and almost sad. Ke$ha sings about wanting to go back and live in the past for a while – but there’s no capturing the past – just looking back with a small smile.

You can hear a sense of disappointment in her voice.

It worked well for her.

This song could have found a home on Avril Lavigne’s Goodbye Lullabye album. It would have been the best song on the album if it had.


Only Wanna Dance With You

I really liked this one. It felt a little different than the rest of the songs. They laid off the synthesizer on it and the result was a more peppy song. Just as catchy as the rest of the tracks, but a little lighter.

It’s kind of a romantic song if you listen to the lyrics: “You’re all I wanna’ do. I only wanna’ dance with you.”

The pop aspect of the song kind of hides the romantic aspect of it. It’s effective on both fronts.

This one was another that was almost dance meets ballad. The main chorus starts as and gains momentum, climaxing as a synthesized tune.

If The Black Eyed Peas think they’re the only ones who can pull that off, they’re wrong. Ke$ha owns that.

She probably does it a little better actually.


All That Matters (The Beautiful Life)

Okay, after a couple of ballads, Ke$ha is back to her old self.

I don’t know if she intended for this or not (I have a hunch she did based on the song’s title), but Ke$ha almost a bit like Ace of Base.

It’s something in the vein of Ace of Base’s “Beautiful Life.”

Ke$ha adds enough other musical elements to not make it a blatant rip-off – just a bit of borrowing with a little more dance.

I bet all the people who were toe tapping to Ace of Base in the early 90s didn’t think it was possible to inject more dance into that song. Ke$ha did it though.


Love Into The Light

At the start of the song, you have to do a double take because it sounds like Phil Collins’ "In The Air Tonight."

It starts off at a slow-paced start and then kicks the tempo up a notch about a minute into the song.

Ke$ha is unapologetic for her attitude and grateful for her unique characteristics in this song.

“Maybe it’s about the time to let all of the love back in the light,” she sings.

There’s a lot of heavy echoing in this song. Phil Collins would be proud. 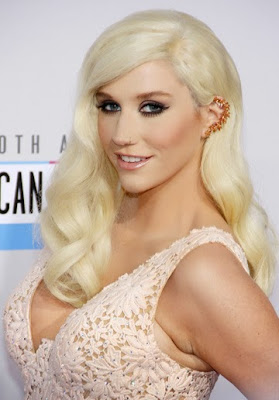 A Ke$ha dance track (with the dance turned down a notch) about breaking up. It’s not a bitter break-up song though. It’s more of a ‘This is a really shitty situation’ song.

With some background clapping, several layers of background vocals, some whistling, a banjo sound, and quick tmepo, this is almost like a gypsy-hippie love song amalgamation.

There’s quite a bit of music going on here but at the end of the day it’s a love song.

“Oh how we lost our minds
when we fell in love that night
I never thought I
would ever leave your side.”

Whatever genre you want to put “Last Goodbye” into, it works.

This one is just goofy fun.

Ke$ha describes her take on the song at the beginning of it: “This song makes me want to have sex in my car (laughs).”

It’s basically about Ke$ha picking up a guy she’s scoping out and having a good time.

Like most of the other tracks on this album, "Gold Trans Am" is full of energy. It’s also full of Ke$ha attitude – flirty, provocative and tongue-in-cheek.

There’s a nice guitar solo about halfway through the song. That guitar solo makes you realize a lot of today’s hits don’t utilize it enough.

This one is power ballad meets dance anthem.

I wouldn’t be surprised to hear this one as a single on the radio. It’s got a party beat, but it’s got some thought-provoking lyrics and it showcases a different side of Ke$ha’s vocal abilities.

It’s got the dance vibe, but she seems sincere and somewhat wounded while singing it. Really good track.

Different than all the rest of the songs on Warrior, Ke$ha really slows it down on "Past Lives."
It’s a somber love song.

Almost a dedication – it’s about a love that always comes around, no matter the time or the place.

I was really surprised by Ke$ha's performance on this one. With the guitar accompanying Ke$ha's voice, it's as emotional a song as any love song on the top 40 right now. 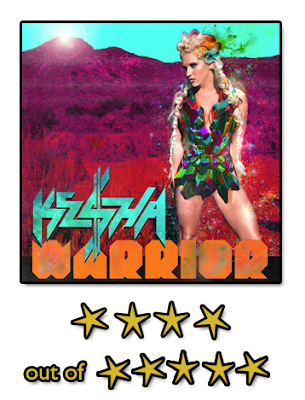 I’m assuming Ke$ha’s record executives were happy with this album. If Katy Perry can get six tracks on the radio off one album, I figured Ke$ha could do the same with Warrior.

Ke$ha has shown that she can clean up pretty well. She’s shown there’s more to her than the fun, crazy girl that would be fun to hang with.

She may not have gotten any Grammy or VMA nominations this year, but it’s another successful album and another step in what’s sure to be a lengthy journey for Ke$ha.

She strikes me as the type who will continue to make music as long as her fans are happy, whether she gets deserved recognition at award shows or not.

Overall Warrior is fun. It’s what pop music should be about – reflective, a little bit thought-provoking, a little rebellious and a heck of a good time.


Songs worth checking out:
-Dirty Love
-Only Wanna Dance With You
-Thinking Of You