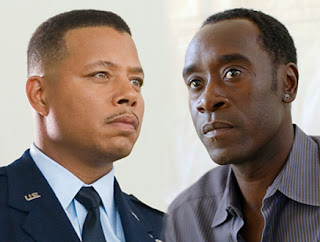 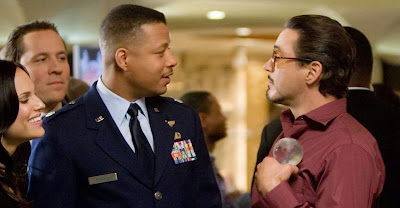 Apparently Downey wanted more money, so they pulled the money from Howard. I kind of find that hard to believe, but it would have been interesting to hear that phone conversation when Downey did call Howard back three months later. 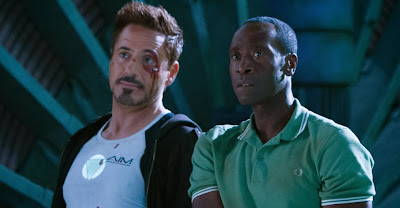 As for his replacement? Terrence didn't say much about Don Cheadle. Personally, I could have gone either way. Howard didn't rock the world as Rhodey. Cheadle was OK. He didn't steal the show either though.

I suppose Cheadle and Downey do have a better chemistry. Granted, they've had two movies to develop chemistry together, while Howard and Downey had just one.

Personally, I hate it when Hollywood replaces actors and keeps the same role. It doesn't seem to happen as much these days.

Instead of having a new actor fill the same role, TV show and movie decision makers simply create a new character. That's why shows like Two and a Half Men and C.S.I. have lasted so long. Instead of ending when major cast members departed, creators hired new actors to fill new roles. 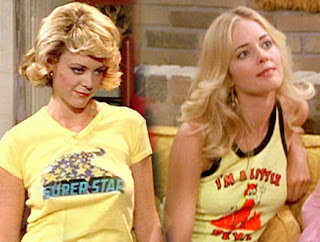 Although that's kind of a cheap way of keeping the show going, I'd prefer that to having an entirely new actor/actress play the same character. It does happen though.

When Lisa Robin Kelly was booted from That 70's Show, they kept the Laurie Forman character going by hiring Christina Moore.

Christina may be a good actress in her own right, but as Laurie Forman, she was no replacement for Lisa Robin Kelly.

Christina tried, but the character fans enjoyed watching wasn't the same. That's why it's never a good idea to replace a character: you'll often end up with a worse situation than if you wrote the character off completely.

Sometimes it has to be done though. 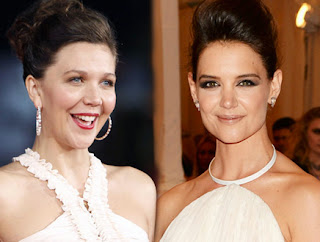 That was the case in the Dark Knight trilogy. When Katie Holmes decided not to do The Dark Knight after playing Rachel Dawes in Batman Begins, they had to find a replacement.

That replacement came in the form of Maggie Gyllenhaal. She looked close enough to Holmes to make the replacement work. It probably didn't hurt that Gyllenhaal played the role better than Holmes did.

Katie Holmes was fine in Dawson's Creek, but I haven't enjoyed her work in anything since. She was merely okay in Batman Begins. Meanwhile, Gyllenhaal walked into a role someone else started on and completely owned it. Sometimes it does work. When watching the movies back-to-back-to-back it does look a little silly, seeing two different actresses playing the same role.

I guess, at the end of the day, replacing actors doesn't always hurt the trilogy.

Evidently, in Howard's case, it can result in hurt feelings. Maybe rightfully so. I think I would have taken the pay cut and been in the next two movies though.