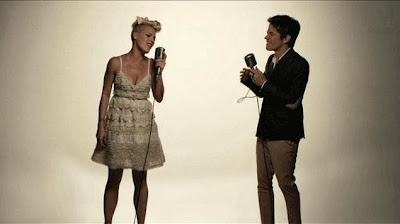 Pink and Nate Ruess' efforts on "Just Give Me A Reason" earned them to Grammy nominations. Eminem and Rihanna topped their 2010 collaboration on "Love The Way You Lie" with their song, "Monster." Taylor Swift and Ed Sheeran was a combination that seemed natural and effortless on "Everything Has Changed."

Miranda Lambert and Keith Urban's energetic "We Were Us" was one of my favorite songs of the year. Katy Perry and John Mayer's "Who You Love" may just be Katy Perry's best vocal performance yet. She doesn't have to struggle with high notes on that song, making for a nice change of direction for her.

Then there are those combinations that go together like peanut butter and jelly. Ke$ha and Pitbull delivering "Timber" was as natural a combo as you can think of.

There were actually a few duets that didn't get radio play this year, but were still incredibly, awesomely epic.

Take Jewel and Kelly Clarkson teaming up for an even more somber version of "Foolish Games" for Jewel's Greatest Hits CD.
Or Avril Lavigne inviting Marilyn Manson to have some fun on "Bad Girl."

There have definitely been some awesome duos this year -- some expected and others not so much. Here's a list of some duets that ought to happen: 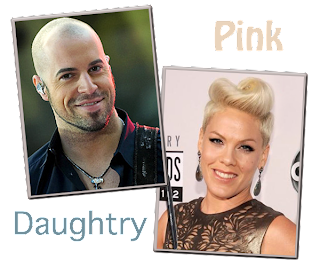 Daughtry has covered Pink before. He's mentioned wanting to work with her. I'm not sure why it hasn't happened yet honestly.

Both Daughtry and Pink are very emotional when they sing. They put it all into their songs. A team-up effort between them would surely result in a heartfelt song, whether it be pop, rock or somewhere in between.

If the Music Gods are listening, please, make this happen! 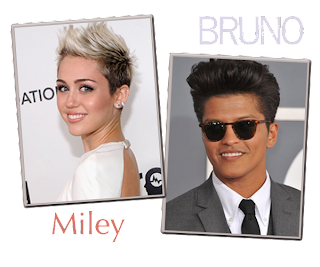 This isn't a combination I would have thought of before I listened to Bangerz. After hearing Miley's diverse musical styles, it reminded me of Bruno Mars' Unorthodox Jukebox.

More often than not, these two singers can make strange, wacky and odd work in their favor. On top of that, they can both belt out a note with ease.

They'd definitely be able to make a fun, innovative track together. I can't even begin to imagine what it would sound like, but I think it'd end up being popular with both their fan bases. 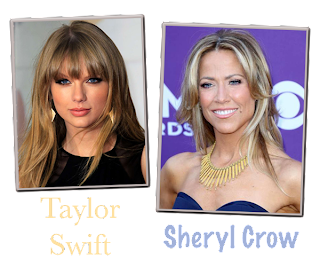 Taylor Swift has gotten around.....with musical partners, I mean. She’s performed live with Hayley Williams and Carly Simon, she lent her voice to Ed Sheeran and Tim McGraw songs, and who can forget "Half of my Heart," the song she sang with former boyfriend John Mayer?

Taylor usually works best with someone who sings a little softer or is in the country genre. Sheryl Crow fits into both those criteria.

The music vet can still deliver a good song, as she proved with "Easy."

It'd be nice to see her get some automatic attention by partnering with Swift. It's been a while since the world appreciated Sheryl Crow's ability to sing. I don't think she's had any mainstream success since the last epic duet she had with Kid Rock on "Picture." 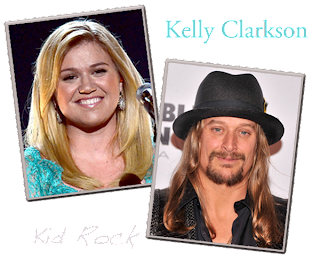 Speaking of Kid Rock, how has a collaboration with Kelly Clarkson not happened? They're both able to sing just about any kind of song you'd want them to, yet at the root of most of their current work is real world music. They believe in what they sing and typically sing about real world situations.

Kid Rock had his "Bawitdaba" days and Kelly Clarkson delivers her fair share of poppy music. Then they turn around and sing something like "Times Like These" and "Because of You."

Whether it's an emotional song or a rockin' good time, I have a feeling the Kid and Clarkson could dominate the charts if they ever worked together. Jason Mraz did an awesome job with Hunter Hayes on "Everybody's Got Somebody But Me" and his collaboration with Colbie Caillat on "Lucky" is still awesome 6 years later, but Sara Bareilles is who he needs to work with.

I can't think of two singers whose talents would complement each other more. Sara Bareilles is basically the female version of Mraz.

Their styles mesh so well that it would only be natural to have them duet together.

What duets are you dying to hear? Any unusual ones? Any dream pairings you want to see?