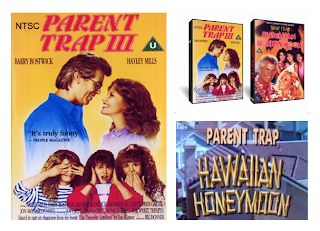 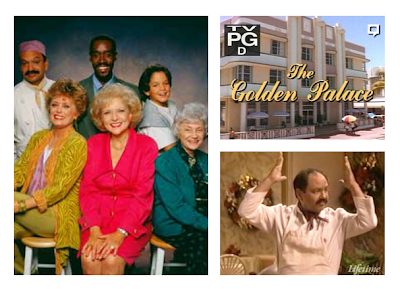 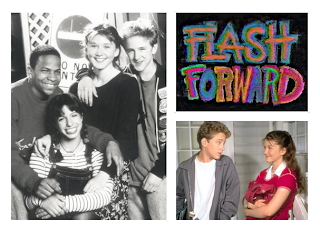 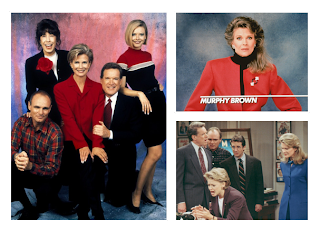 I was a kid when Murphy Brown originally aired, but I do remember watching a few episodes that were in syndication.

When I saw the first season of Murphy Brown available on DVD a little over a year ago, I snatched it up from the spot on the store shelf and bought it. I figured the season two would be available a few months later.

I checked online. Nothing.

It turns out that Murphy Brown -- like The Secret World of Alex Mack, The Nanny and others -- is being held up. According to Wikipedia, no future DVD releases are planned by Warner Home Video due to low sales and high music costs. That's the problem Ally McBeal ran into -- making deals on the music that was used in the series.

You'd think that the studios would have planned out the rights on future use when they used the music on the show. I guess nobody thought that, one day, the show may be used in syndication or in another format available for purchase. 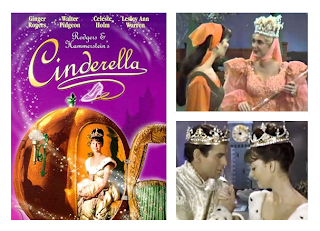 Had I known that this DVD would, one day, be so hard to find, I would have purchased multiple copies of it. Cinderella -- the version starring Lesley Ann Warren -- was a TV movie that aired in 1965. It was available on DVD sometime around 2000 because I bought a copy for my mom. She grew up watching it, so this made the perfect birthday gift.

I hadn't planned on my cousin wanting a copy of it too. I figured, 'Cool. My cousin wants a copy. Easy Christmas gift.' I went to the store...and then another store...and another...and one more after that. Nobody had this DVD! I searched online and found copies available for close to $80.

Whichever group first put this on DVD quit making it. No DVDs have been made since the early 2000s.

Since it's so hard to find, I'm pretty sure you can find some priced at over $100 these days.

I've called every DVD retailer I can think of in at least three different states, but nobody has it in stock. Sometimes they'll get my hopes up, telling me they have a copy. Then it turns out to be the version with Brandy or Julie Andrews.

Every time I'm at a retailer that sells DVDs, I'll check for it, hoping that one day I'll find it at some obscure little store. So far no luck. 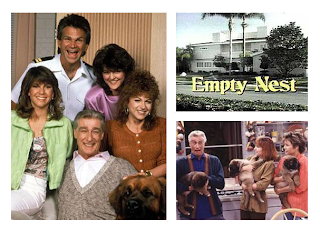 This was a fun sitcom! I remember watching it when I was about 11-years-old. Empty Nest was a spin-off from The Golden Girls. That's probably why Sophia (Estelle Getty) was added to cast after The Golden Girls and The Golden Palace ended.

Outside of Frasier, who appeared on Cheers, Frasier and Wings, I can't think of another television character that's appeared on three different sitcoms....interesting.

Anyway, Empty Nest was about a man whose wife died. His adult children move back in with him. One daughter is a care-free, risk-taking cop. The other is a troubled neurotic who has self-confidence issues. Meanwhile Harry Weston, a pediatrician, works for a bossy, southern know-it-all (who still manages to be likeable) and has to deal with a mooching, womanizing neighbor.

The entire situation really does lend itself well to the sitcom format. Given that the show lasted 8 seasons, there's got to be some element of popularity there, right? I'm surprised that it's never been distributed on DVD or rerun on television much. Maybe those who own the show's rights are asking too much money? Whatever the reason, it's a shame it's not on DVD. 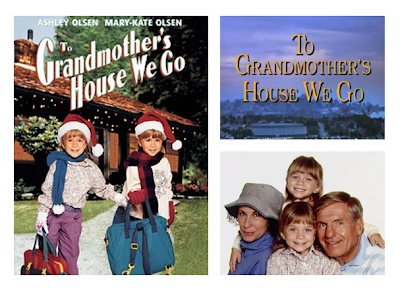 4. To Grandmother's House We Go

Remember when Ashley and Mary-Kate Olson were at their best -- as little kids who were so cute their questionable acting talent was easy to forgive?

They made a movie during that timeframe: To Grandmother's House We Go. What made the movie even better was Carla from Cheers (Rhea Perlman) and Jerry Van Dyke being involved as two criminals.

Meanwhile there was a UPS man named Eddie Popko, a sleigh ride-gone-wrong, a red hat and, eventually, Grandma. I remember watching it on TV when I was younger. It was a fun, cute movie that really should be immortalized on DVD. I know I'd like to have a copy so I could watch it each year at Christmas. If I could get To Grandmother's House We Go into my Christmas watching rotation, my DVD copy of Home Alone may last a little longer. 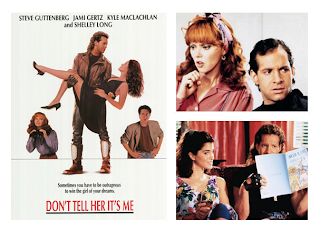 Steve Guttenberg is awesome. There's little dispute to that statement. Add in Shelley Long and Jami Gertz (the hilarious mom from Still Standing) and you have a truly flawless romantic comedy. That's why it amazes me that Don't Tell Her It's Me is not available on DVD.

Guttenberg plays a man recovering from Hodgkin’s disease. Gus (Guttenberg) is basically a hermit crab. His sister (Long), a romance novelist, is worried about her brother’s love life, so when she meets Emily (Gertz), she tries to set them up.

In order to talk to this woman, though, Gus comes up with a fictitious character: Lobo Marunga, a biker from New Zealand. Emily is just zany enough to believe it and sparks fly.

I miss this kind of comedy. In these post-American Pie days, it's all about cussing and nudity and innuendos. That's why I want this on DVD! At least then I can stay in my early '90s movie bubble, when comedies were actually funny. 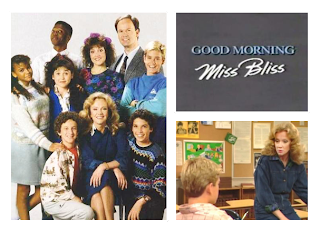 Good Morning, Miss Bliss originally aired on The Disney Channel. It was repackaged after the first season. Zack Morris, Screech, Lisa Turtle and Mr. Belding were kept for the Saved by the Bell series, but the characters of Miss Bliss, Miss Paladrino, Mikey Gonzalez, Nikki Coleman and Mylo Williams were all written off.

It's hard to argue with that decision. After all, Slater, Kelly, and Jessie were all great additions to the show. It'd be nice to see the origins of Zack, Lisa and Screech again though.

Apparently NBC now has the rights to the show. It's odd that they didn't include this in the Saved by the Bell DVD pack they just released. They have the rights. People would buy it. Surely they'd be able to make a profit off of DVD sales.

If you'd like to tell the people at NBC to get their heads on straight and release Good Morning, Miss Bliss on DVD, click here. 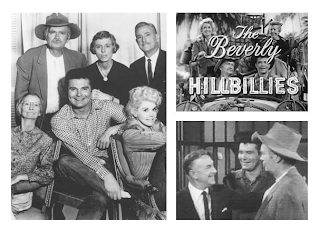 There are various episodes on DVD -- usually in the form of a "Best of" pack. I'm not satisfied with that. The Beverly Hillbillies is too good. I want full-fledged seasons.

I want every season available at a reasonable price (not just the fourth season for $19.96 Wal-Mart!).

At this rate it's confusing when trying to decide what to buy. With a bunch of 'Best of' collections out there, The Beverly Hillbillies may be the hardest TV show to get your hands on. The official seasons are evidently available (at least at Wal-Mart), but not all of them. Surely you'd think that whoever owns the rights to the show realizes that having so many DVD sets out there is confusing for the buyer and therefore limits their profits.

Sometimes I think it'd be better if actual fans were in charge of things like DVD releases. At least then we'd get what we want.