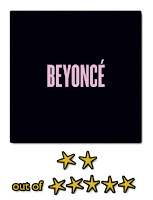 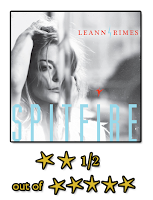 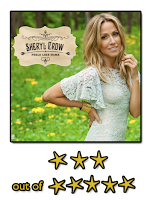 I was excited when I heard Sheryl Crow was coming out with a new album. It's been a while since I'd heard anything from her. I was hoping there would be some new sounds from her. I guess a full-on country album is kind of new. It was too much country, maybe? Just like LeAnn, Sheryl didn't include enough liveliness in most of her songs.

"Easy" was a great song! I'll give her that. I wish that one would have been featured on the radio more than it was. "Crazy Ain't Original No More" was another fun song. It's so true, too. Take a look at these lyrics:

Sheryl continued on, singing, "And what everybody used to call a freak show, well now we call reality TV." I don't know if she had a hand in the lyrics, but they brought a smile to my face.

Fun lyrics and a fun song there. "Shotgun" was the other song that caught my attention, but was my least favorite of the three I mentioned. 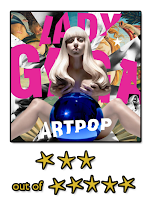 So much anticipation for this album -- after a year essentially spent out of the spotlight -- and what does Gaga deliver? A hot mess of an album. She relied way too much on the same electro-pop sound that she's used for the past two albums. The gritty "Manicure" was a new, rock-infused sound for Gaga, which worked well. The rest of the songs were more of the same though. If you've heard Born This Way, you've pretty much heard ARTPOP.

This time around it seemed like she ran out of original ideas though. The creative energy that was so apparent on The Fame Monster was nowhere to be seen on ARTPOP.

Pink once said, while taking a break between albums, that she'd make new music when she felt inspired again. Gaga should follow that train of thought too.

"Applause" was the best song on the album -- the only one that came close to Gaga's previous heights. "Dope" was a great ballad that seemed like it came right out of Elton John's playbook, but the sincerity of the song got lost in the silliness, with Gaga singing, "I need you more than dope." I guess it would come across as a powerful message for anyone who's addicted to pot, but for me, it came off as an attempt to be current by singing about drugs. 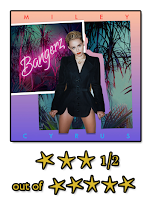 The wild child pop star garnered the most headlines out of almost any other singer (outside of Kanye West, maybe) in 2013.

While her antics got attention, they seemed senseless because they really weren't needed. Miley's got a great voice, as she proved on "Wrecking Ball." She had a great, catchy song in "We Can't Stop."

Her third single, "Adore You," out now, isn't as good as some of the other songs on the album, like "Rooting for My Baby," the funky "FU," and "Drive." Although Miley also favored auto-tune, electro-pop and various club beats on the majority of this album, it was a new sound for her and a lot of the songs seemed fresh.

I'm hoping she doesn't catch the Lady Gaga syndrome and deliver the same stuff over and over again. 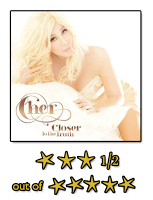 8. Closer To The Truth by Cher

Originally I was kind of letdown by Closer To The Truth, primarily consisting of ballads and club anthems. It seemed like half of the album was Believe -- part II. Then, after it spent a couple of weeks playing on my iPod, I found a new appreciation for it.

After listening to Bangerz and ARTPOP (and then BEYONCÉ) I had an even greater appreciation for Closer To The Truth.

There were a good handful of songs that were catchy, unique and interesting. "Dressed To Kill," "I Hope You Find It," "Lovers Forever," "Sirens," and "Will You Wait For Me," are all songs worth checking out if you haven't already. While it may not be her absolute best work, it's a well-rounded album and a nice effort from one of the longest-running pop stars there ever was. 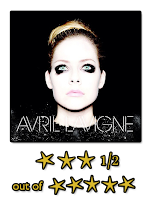 This album has made next to zero impact on the charts. I haven't done a full review on it yet (although maybe I will in the new year). It's kind of a shame too because it's a mature Avril who is staying true to her pop roots, while also expanding in a new, more adult direction.

In a way it's some of Avril Lavigne's best work. It's definitely her best collective work released in an album.

"Bad Girl," featuring Marilyn Manson is probably my favorite song on the album. It's entirely inappropriate, but loads of fun to listen to. The seemingly Alice In Wonderland-inspired "Hello Heartache" was a nice song. The more emotional "Hush Hush" makes you stop what you're doing and feel a little bit of Avril's sadness.

"Rock n Roll" was fine, but wasn't that impressive because it seemed like something she'd have done a couple of albums back. "17" was another one that has an infectious pop sound, but isn't new ground for Avril, so I was less impressed by it.

"Here's to Never Growing Up" is kind of corny, but somehow works at the same time. "Sippin' On Sunshine" is a upbeat song that beats out most of Katy Perry's pop work. With 8 of the songs getting four-star or higher ratings, I maybe rated this album a little too low.

I'm hoping Avril doesn't get discouraged by the lack of immediate success of this album and continues evolving in her next effort. 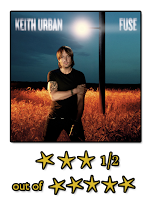 This album was pretty much half and half. Half of it was the kind of chart-ranking country/pop music you'd expect from Keith Urban and the other half was music that would fall into the more 'traditional country' category.

"Even the Stars Fall 4 U" was a fun, peppy love song, "Little Bit of Everything" was a nice reflection of life and "Lucky Charm" was probably one of several Nicole Kidman-inspired songs. Keith surely appears to love that woman, so songs that would come off as sappy performed by someone else, come off as legitimate when he's singing them.

"Somewhere In My Car" was one of the more impressive songs. Keith sang the lyrics much quicker than on any other song, keeping up well with the pace of the music.

Meanwhile I think my favorite song was "Come Back To Me." Within the first 15 seconds of the song, the music takes you to a dark night with a warm breeze on a sandy Southern beach. The slow-paced love-gone-wrong (but I still wish you the best) song was really impressive. 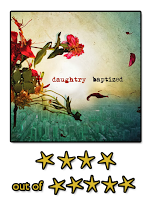 It took me a while to come around to this album too. I was expecting (and wanting) a bunch of rock songs like Daughtry gave us on Break The Spell. He went a different route this time around though. It worked, but it took some adjustment on my part.

Baptized has a sound I'd describe as earthy (see the "Long Live Rock & Roll" track and "Wild Heart"). It's more eclectic with almost no power riffs and a little auto-tune. "Traitor" is one of the songs where you get the hard rock Daughtry back though.

For the most part it's Daughtry making use of his amazing vocals with the support of a guitar. There are some whimsical lyrics on "Cinderella," a favorite of mine. This album has energy to it, but it's still very easy listening. It may take you a while to get used to the new Daughtry sound, but it'll probably win you over with time. 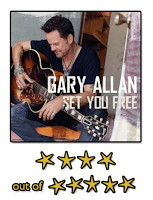 3. Set You Free by Gary Allan

I used to think Gary Allan was a more traditional country singer -- like Alan Jackson or Brad Paisley. Then I heard "Watching Airplanes" and I was like 'Oh, this is a newer side of country.'

That's what Gary Allan delivers on Set You Free. It's like a perfect marriage between rock and country. "Every Storm (Runs Out Of Rain)" is an amazing song that you've probably heard on the radio already. "It Ain't The Whiskey" is a slow, sad song, but is more of a power ballad than a depression song. "Pieces" is full of attitude that you should listen to if you want to get amped up for something.

"Tough Goodbye" is every bit as awesome as "Every Storm (Runs Out Of Rain)," blending rock and country seamlessly. Meanwhile "You Without Me" is a sad love song that's nice to listen to. Nice variety on this album that manages to stay interesting without multiple songs about sex. 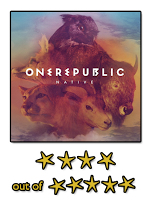 They're got a unique sound. Even without hearing the vocals, it's easy to tell when a OneRepublic song comes over your playlist. They've mastered a very recognizable sound. At first some of the songs sounded too similar to me. It was kind of like BEYONCÉ -- the same thing over and over again. However, I quickly realized that wasn't the case.

I as humming the tune to each individual song and singing the lyrics after just a few listens. Each song has it's own identity, but still has the sound OneRepublic has produced over the years. That's an impressive feat when you stop to think about it. 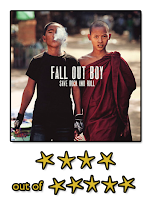 1. Save Rock and Roll by Fall Out Boy

In case you haven't figured out by my complete review of Save Rock and Roll and my list of the The Top 40 Singles of 2013, this album was incredible.

I don't even know what else to say about it. It was simply awesome -- easily the best album of the year for any fan of rock, pop music or Fall Out Boy. The only minor complaint I have is that there wasn't a song that was totally unexpected -- like an acoustic song or a ballad.

One thing is for sure, though: Fall Out Boy knows how to do rock music. They haven't lost their touch at all, delivering song after song of rock, energy and fun. If their goal was to save rock and roll, they gave it their best effort.