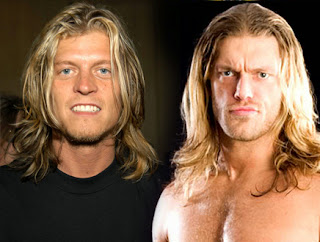 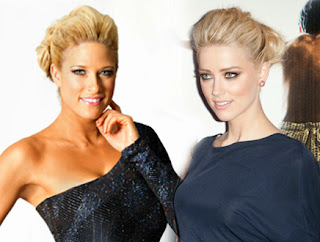 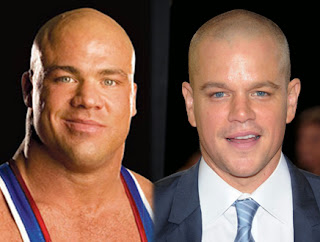 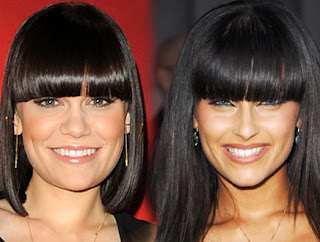 On the left: Jessie J
On the right: Nelly Furtado

In my last celebrity look-a-likes blog I compared Krysten Ritter to Katy Perry. My reasoning?

“The only thing I can figure is that it's the hair that does it. It probably doesn't hurt that there aren't that many Hollywood ladies with jet-black hair, so automatically kind of looks like the other.”

Well I completely forgot about two other famous raven-haired beauties: Jessie J and Nelly Furtado. Again, it's the hair that does it.

Furtado's facial features aren't too similar to Jessie J's features. Jessie J has a very round nose, while Furtado's nose is pointier. They do seem to have similar colored eyes and plump cheekbones, but take away the hairstyle and they're not that similar. In fact, without her hair, Jessie J looks like an entirely different person -- almost better looking to boot. 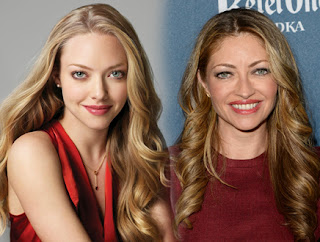 On the left: Amanda Seyfried
On the right: Rebecca Gayheart

Amanda Seyfried: take a gander at your right and you'll see what you'll look like in 15 years. That's actress Rebecca Gayheart.

I mostly remember her from being Dylan's wife on Beverly Hills 90210, but IMDB says she's been in other movies and TV shows too. She may be most well known these days for being Eric Dane's wife. Dane is one of the doctors on Grey's Anatomy.

The striking blue eyes and curly, wavy blonde hair are evidently good features to have because Gayheart still looks good even at age 42. Seyfried will probably look better in 15 years, too. She looks a little too young to be sexy even though she's actually 28-years-old. 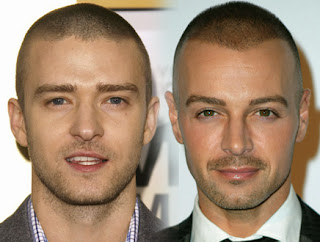 On the left: Justin Timberlake
On the right: Joey Lawrence

It's a good thing these two former teen heart throbs never had shaved heads at the same time because they could've confused the general bystander or occasional TMZ.com visitor like me.

Joey's eyebrows come to more of a point and he almost has a widow's peak (thanks to some hair replacement surgery). It looks like JT has blue eyes while Joey may have green eyes. Everything else, though, is spot on.

Cover their eyes and you've got twin brothers right there. Same scruffy goatee. Same ears. Same nose. Even their lips seem to be the same shape and color.

Lawrence is just 5 years older than Timberlake, but their careers obviously have a much larger gap. I wonder if he's ever jealous of JT's success? I guess Joey's not doing too bad in his own right. He seems to have hit his stride with ABC Family. 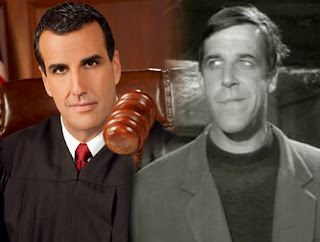 On the left: Judge Alex
On the right: Fred Gwynne

How's this one for different? Judge Alex, one of the celebrity judges with his own TV show, and Fred Gwynne, definitely known better as Herman Munster.

I saw a photo of Judge Alex recently and wondered where I'd seen him before. I shrugged it off, but for the next few days it bothered me. Where had I seen him? Then it hit me: My Cousin Vinny. Fred Gwynne played the judge in My Cousin Vinny.

Gwynne was basically and older version of Judge Alex. Then I took a look at a younger Fred Gwynne. Sure enough, I saw similarities to Judge Alex.

The jaw line and similar dark features stood out to me. Now, thanks to My Cousin Vinny, Judge Alex can get a glimpse at his future self. 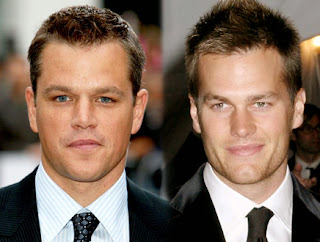 On the left: Matt Damon
On the right: Tom Brady

Even though a bald-headed Matt Damon resembles Kurt Angle, Damon looks like someone else with a full head of hair.

You may recognize the guy on the right as being New England Patriots Quarterback Tom Brady.

If Matt Damon grew half a foot, he could double for Brady -- easy. 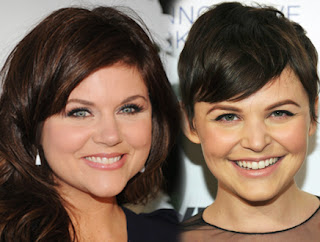 On the left: Tiffani Thiessen
On the right: Ginnifer Goodwin

The former sweetheart from Saved By The Bell and vamp from Beverly Hills 90210, Tiffani Thiessen, has a younger look-a-like walking around out there. Ginnifer Goodwin is actually just 5 years younger than Thiessen. Look at those faces, though. Both of them look like they could pass for 30-years-old.

Tiffani and Ginnifer don't look exactly alike -- not twins by any means -- but they could pass for sisters. Their round features, which probably add to their youthfulness, make them look like they come from the same gene pool. Then there's the big smile that show off their pearly whites -- same gene pool, again.

These two TV starlets and their similar looks make it easy to watch White Collar and Once Upon A Time. I take that back. Nothing is easy about watching Once Upon A Time. Some people like it, though, so good for them. 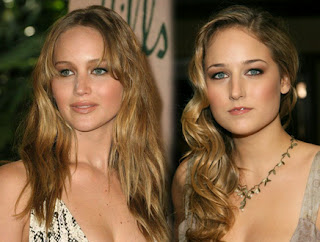 On the left: Jennifer Lawrence
On the right: Leelee Sobieski

So, how much do you think Leelee Sobieski hates Jennifer Lawrence?

Despite sharing the same look and demeanor, Lawrence, 7 years younger than Sobieski, comes along and dazzles in Hollywood's spotlight.

Meanwhile Sobieski may be best known for her role as the geeky girl in Never Been Kissed and her award-nominated performance in the TV movie Joan of Arc.

Nah, I'm sure there's no bad blood between the two, especially after Lawrence chopped off her locks in November. Still, it's got to be tough working in Hollywood, where you have to compete with others for a small amount of roles. Then again, I guess it could play in Sobieski's favor.

Sobieski may be getting offered some new roles thanks to Lawrence's popularity. They could always go the Jake Gyllenhaal and Tobey Maguire route and star as siblings in a movie. I always thought Gyllenhaal and Maguire looked somewhat the same. Then they went and starred as brothers in Brothers. Maybe Sobieski and Lawrence could be in Sisters together?