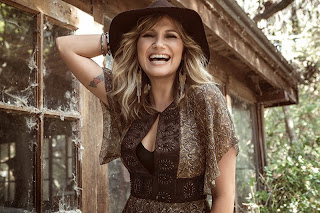 Although this song practically shares the same name as Gary Allan’s “You Without Me,” it’s a very different song.

Even though the song is fairly sad, it’s oddly uplifting and independent. It's soulful and elegant. It’s like the recovery after a strong storm or the healing of a deep-cut scar.

She winds up discovering that she enjoys her life better now that she’s escaped her previous relationship. There’s a very identifiable sound of sadness in Nettles’ voice though. It’s definitely a bittersweet kind of song.

This song combines Jennifer Nettles’ loveable country twang with a little bit of Jewel and a funky tune.

Nettles sings about the various ways life has changed:

“Come into this world with a will to survive
Facebook emoticon replaces the high five.”

She also touches on how miniscule our lives are in the grand scheme of things:

“And the sun shines down on music city
And the Lord smiles down on us all
And a thousand years have passed
And we’ll be memories and food for the grass.”

It’s almost like a series of thought-provoking statements set to a happy, little tune. Nettles’ vocal variations are really the highlight of this song though. 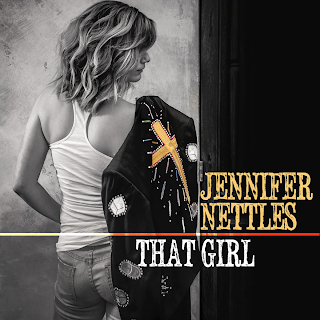 The concept of this song --- coming from Jolene’s perspective in the song “Jolene” – was creative. It didn’t really pan out though.

It’s not a bad song, but it’s one I’ll frequently skip over. I don’t mind listening to it if I’m busy doing something and am not close enough to my iPod to switch songs.

If my iPod is within reach, though, I’m usually clicking onto the next song by the halfway point of “That Girl.”

The folksy feel to the song is nice, but it needs to pack a little more of a punch in my opinion.

Another sad song here. Just like the other sad songs on That Girl, there’s something very likable about this song. It’s slower, but Nettles’ vocals keep you captivated throughout the song’s entirety.

Just like “Me Without You,” there’s an uplifting feeling here, despite the somber music.

There’s a nice orchestra bit that gets a nice 10 seconds to shine in this song. That was a nice touch.

The song is about a jealous woman sending a message to the woman she’s jealous of.

“I didn’t really mean to cause such an ugly scene,” Nettles sings. “Sure went up at your house, half drunk and crazy, bitch, I called you out.”

With lyrics like that, it's definitely one of the more light-hearted songs on the album. With so many reflective songs here, it's nice to hear some of Nettles' Georgia attitude on this uptempo song.


This One’s For You

This is smooth --- like something you’d expect from an old jazz lounge.

The theme is kind of like Elton John’s “Your Song."

She worked with Sara Bareilles on this song, so the fact that it heavily favors the piano shouldn't be a surprise.

A good, old-fashioned love song. It's hard to go wrong with that, especially with the help of someone like Sara Bareilles. 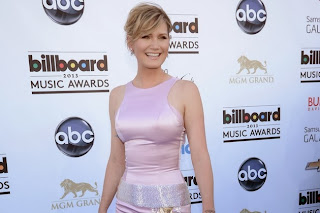 Nettles tackles the gossipy nature of the entertainment business, but she has me wondering: was this song inspired by LeAnn Rimes?

There were a couple of cheeky lines that made me question whether it was:

"Saw them holding hands, knew he was a married man,
Did she forget the ring on her own finger?
His wife has a baby on the way, friends all said he had it made,
Gave it all up for a huzzy country singer."

She goes on to make the song more of a general statement about how consumed people get with the lives of any random celebrity.

"Everybody wants to know everybody’s business. Everybody needs a ticket to the show,” Nettles sings. “Everybody claims to be an eyewitness.”

That first part had me thinking of LeAnn Rimes though. I wonder if Nettles knows Rimes?

Wow! This is such a beautifully sung song. It primarily consists of some peaceful guitar strumming and features Nettles powerful (yet controlled) vocals.

“A lifetime to count the ways wouldn’t be enough to say I thought you should know how much you’ve helped me grow." That's a nice way to say 'Thanks' isn't it?

She hits her high notes, but brings her voice back down to a softer level. When she sings, you feel like she’s singing directly to you.

This is kind of the female version of Keith Urban’s “Tonight I Wanna Cry.”

It’s the type of song you’d expect to hear in a piano bar. Nettles, once again, has some incredible vocals in this love forgone song. It’s about being in a loveless relationship and trying to deal with that.

The lyrics are as good as the vocals on this track.

“Reach for his hand
Take him home and let him prove he’s a man
He’ll never know
You’re making love to a ghost
You can fill your arms
You can’t fill your heart
It won’t even come close.”

Remember those Levi’s commercials and that memorable “Like A Rock” song -- by Bob Seger? Nettles gives us a cover of that song, as you may expect from the title.

It's not an exact replica of Bob Seger's version though. The guitar matches nicely with the bluesy sound on this one. It's a strong way to end the album and the slight reworking of the song puts Nettles' powerful vocals, once again, front and center.

There’s some more impressive piano playing on this song. Not one to stray away from sensitive topics, Nettles sings about an abusive relationship.

“His hands felt like thunder on my skin,” Nettles sings. At first those lyrics are used to describe the woman's attraction towards this guy. Those same lyrics take on a much different meaning, however, when it's revealed that this is an abusive relationship.

"Yeah I should have known better when the last three times he swore
that he would never lay another finger on me but the truth's on my face."

It would be easy for this to come off as gimmicky given the subject matter, but Nettles has a quality that allows her to make just about any song feel real. Domestic violence is a very real thing that a lot of men and women deal with on a daily basis.

I would imagine it’s hard to make a song about it that doesn’t come off as a public service announcement. Nettles does it though. 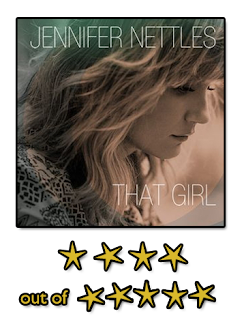 I’m not sure why this song was only included on the extended version. It’s a sing-song, Broadway type of tune that makes you want to break out your jazz hands. The piano and Nettles’ gorgeous voice work perfectly here.

Nettles brings the mood up a little with a happy little love song.

“I’m just so crazy about every little thing you do,” she sings with a carefree attitude.


That Girl took quite a different route than I expected it to take. It was more soulful and reflective than country-pop. It absolutely worked, however. Nettles will make you feel a little bit sad at times, but she takes you back to a positive place by the time it's all said and done.

Songs worth checking out:
-Falling
-Me Without You
-Good Time To Cry