Agents of S.H.I.E.L.D., season 3 finale - reaction (yes, there are spoilers in here)

I haven't done a full-on review of any of the seasons of Marvel's Agents of S.H.I.E.L.D. yet, but I've been watching all the episodes since season 1. Granted, I got a late start -- having only watched season 1 once it was on Netflix. But, thanks to ABC's online offerings and Hulu, I've been doing a much better job with staying up-to-date on AOS.

I saw the season 3 finale and I was a little bit torn. 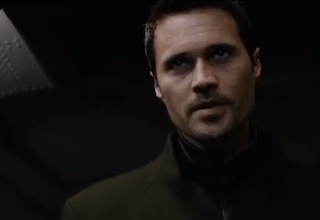 First off -- I can't believe Grant Ward died. Well, he technically died several months ago, as Hive took over.

To be real, he wasn't the most amazing actor in the world. To be honest, I thought he should've been killed off in the season 2 finale.

That being said, the dude has managed to survive two full seasons after turning his back on S.H.I.E.L.D. in a double-cross.

That's a pretty big accomplishment --- and I was kind of looking forward to seeing what crazy way Grant Ward (or an alien in his body or his evil twin or his haunting ghost, etc., etc.) was going to make it onto season 4. 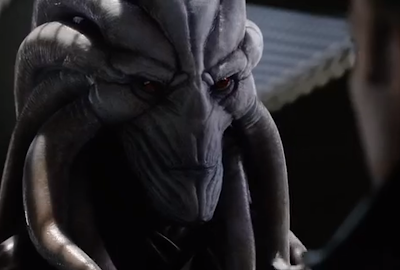 Speaking of aliens in human form, we finally saw what Hive looked like: a bit creepy and a bit Octopus-like. I think they should've done this a while ago, but at least they did it with the finale.

If that creepy looking, red-eyed, Devil incarnate was looking me in the eye, I'd freak the F out.  They did a decent job with the effects and makeup on his alien form.

Coulson wasn't scared because he was doing his best Obi-Wan (that was a great reference, by the way).  Playing the hologram game was a way to distract Hive long enough to try to find the warhead.

I'm surprised they killed off Logan. Well, I am and I'm not. 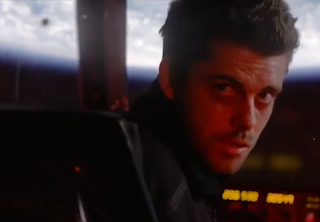 I was kind of surprised he made it past season 2. But, since he did, I thought the writers were dedicated to that character for the long haul. I can't say I was too invested into that character, but he seemed like a good dude, so it's kind of a shame he was killed off the show.

This entire second half of the season was much harder to get through than it should have been.

Season 2's mid-season finale kind of rejuvenated that entire season, with the birth of the Inhumans after being exposed to the mist.  I guess that's what they were trying to go for in season 3 as well -- with the trip to Maveth and the arrival of Hive on Earth.  I'm not-so-sure it worked though.

The episodes were okay, but they seemed disjointed.  The Marvel Cinematic Universe and the Marvell Television Universe seem disconnected at times, but it seemed like the writers were in different rooms, writing their own stories for a good portion of the season.

The rushed departures of Bobbi and Hunter, the seemingly detoured episode that involved Mack's brother and The Watchdogs, and the episode set in Colombia that introduced us to Yo-Yo all pointed to the train getting off the tracks in my opinion. 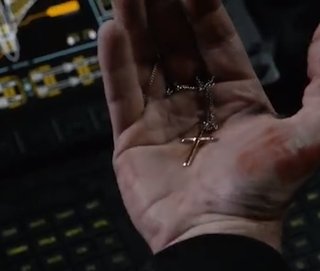 I remember thinking the entire cross sequence at the beginning of episode 11, that ended up being a glimpse into the future, was kind of cool, but didn't make a lot of sense at the time.  If they wanted to introduce that to us in episode 15, that'd be more acceptable.

After all, Daisy had made contact with Edwin Abbott so seeing visions of the future would make sense.  Before that, though?  That's just sloppy writing leading up to a somewhat typical finale that was typical in the promotion of -- oh-so-typically -- the death of a cast member.

That brings up another point.  Did the finale really need to involve a warhead that was set to go off?  It's a show that's called Agents of S.H.I.E.L.D., so there are going to be guns and fighting and swerves, but this scenario seems like a bad James Bond movie.  Oh yeah -- and the bastard zombies.  Geesh.

Griping aside, it was fun to see the Daisy / Hive battle.  Seeing Daisy beg for him to take her back was a twist -- one I liked.  But after Hive wasn't able to welcome her back and Daisy felt rejected, her anger kicked in and the battle ensued.  It's not often that we get to see Daisy's powers at full force, but she got to use them against Hive.

It was a little bit heartbreaking to see Daisy's reaction to Logan's death. 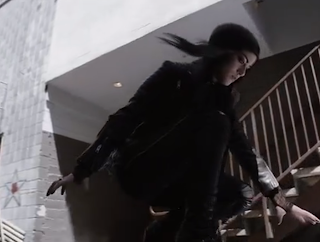 That flash into the future!  Can't forget about that!  It was really cool to see the new Daisy, but left me wondering about Coulson.  Agent Coulson, to be exact.  What's up with the demotion??

Meanwhile, the Life Model Decoys are coming, too.

I'm not sure where season 4 is headed.  I'm not really sure there should be a season 5 at this point.  The show has gone through quite the metamorphosis in just three seasons.  AOS has been a fun show to watch, but it seems like the writers struggle at times.

I'm hoping they do a good job of balancing the Inhumans, the humans, the agents and the oncoming robots.  Regardless of what happens, I'm still hooked so I'll be watching next fall.