Yesterday, we covered the casting of Teela.  One-by-one, I'll let you know my dream cast for the upcoming Masters of the Universe movie.  Today, we go to the villain side of things with Beast Man.

For those who don't know, Beast Man is one of the staples of Skeletor's evil warriors.  He's, as his name indicates, a man beast --- a Beast Man.  He's not the brightest person --- or man beast --- in the world.  He's not exactly loyal, but he's dependable because he's not bright enough to really throw a successful coup against Skeleton.  He's also not bright enough to successfully carry out Skeletor's missions.

So, it's kind of a take what you can get with him.

Beast Man has pretty much been depicted the same throughout the entirety of the Masters of the Universe franchise --- whether it be comics, mini-comics, books, the 80's animated TV show or the 2002 Mike Young Productions animated show.

Visually, things haven't changed much either.  In some versions he's more of a beast than a man.  Which version to use for the movies?  They're all pretty much the same, so let's stick with the 1980's Filmation version -- though there will probably be a little more fur and a little less orange in the movie version.

Now, onto the casting.  Who should play Beast Man?  I've got a few suggestions: 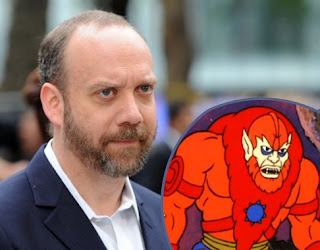 Paul Giamatti is one of them.  He may seem like an odd choice, but he's a great actor.  Whether he's been in comedy movies, dramas, or big-budget action movies, Giamatti always delivers.

He's 49-years-old, so he's not going to be a huge physical presence without some CGI and/or costuming, but he played Rhino (a character very similar to Beast Man, actually) in The Amazing Spider-Man 2, so it can be done.

In my opinion, Giamatti, with his acting talent, could really make a goon sidekick into something more meaningful.  In terms of Giamatti's name-value -- he's well-known.  However, I don't see a bunch of people going to the theater to see how he performs as Beast Man.  He's a great acting talent to have in a movie, but he's not really a headliner, so I'm not sure there's a huge advantage in having him in the role.

If he were to be offered and accepted, the MOTU fan in me would be very satisfied. 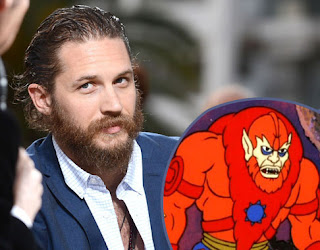 When talking about physical beasts, how about Tom Hardy?  He's a very good acting talent and he takes his roles seriously, as we've seen when he owned the role of Bane in The Dark Knight Rises.  In that same movie (as well as Mad Max: Fury Road and Warrior), we saw that he's no stranger to taking on physically challenging roles.  He can do an action movie just as well as someone like Arnold or The Rock or Stalone.

I'm not sure how much Hardy commands these days in terms of pay, but if they want someone who can bring a little name value and a heck of a work ethic to the MOTU project, then Hardy is a great choice.

At 38-years-old, Hardy is definitely young enough to handle the role for several installments, if it were to go that far.  Giamatti does a good job keeping in shape for his age, but physically he can't compare to Tom Hardy. 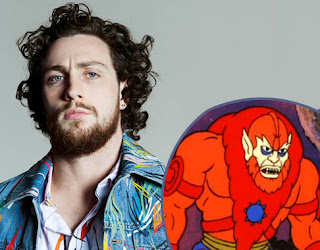 If we're going even younger than Tom Hardy (like a lot of movies are these days ... I think some actors in X-Men: Apocalypse are still in their early 20's), then Aaron Taylor-Johnson is a good candidate to look at.  He played Quicksilver in The Avengers: Age of Ultron and did a decent job in a lead role in 2014's Godzilla.

Of course, some of you may recognize him from the Kick-Ass movies, too.

I think he'd take the Beast Man role into a new direction --- kind of like Tom Hardy might.  Taylor-Johnson is a little out there -- in that he's not really cookie cutter.  For example, he married   a woman 22 years older than him (not that there's anything wrong with that) and then added her last name to his last name: Taylor-Johnson (not that there's anything wrong with that either).  He's not conventional, which makes for some good acting performances sometimes.

He's not exactly a big name in Hollywood so his price tag probably isn't too high.  The other side of that coin is that fans may not go just to see him.  That being said, I think he'd be a great choice. 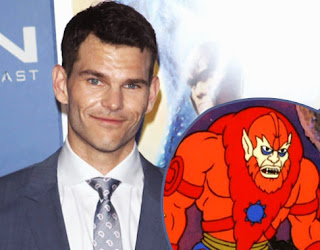 If you're not satisfied with the options so far, how about Josh Helman?  Who??  I know.  I didn't know the name either, but I knew the face.  He was in X-Men: Days of Future Past and X-Men: Apocalypse (as Col. William Stryker).  That's primarily where I knew him from.

He's got the action movie thing down.  In addition to those two action movies, he co-starred with Tom Hardy in Mad Max: Fury Road and also had a part in Jack Reacher, starring Tom Cruise.  He is very physically fit and he's used to playing a bad guy.  He's had enough experience to be used to working in a studio with giant green screens as opposed to acting in real locations.

If we're looking at age, he's 30.  He could sign a multi-picture deal.  Looking at his IMDB page, he doesn't have a plethora of projects going, so it could work theoretically.  I would doubt that Helman is even on their radar, but I'd be all for him landing the role of Beast Man. 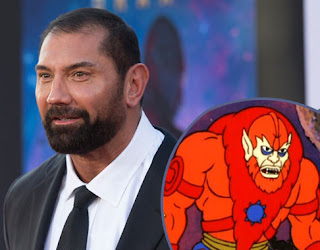 Lastly, there's the man who is probably my number one pick.  He's been building a name for himself as an actor since he retired from professional wrestling.  I'm not talking about The Rock.  I'm talking about Dave Bautista, better known as WWE's Batista.

Since he turned to acting, the incredibly in-shape 47-year-old has been in low-budget movies and blockbusters.  One end of the spectrum to the other, huh?  He was Drax in Guardians of the Galaxy (and will reprise that role for the sequel).

He was also the non-speaking Bond villain, Mr. Hinx, in Spectre.  Besides being a retired pro wrestler (where he had to play a character as well), that's two (soon-to-be three) big movies he's been in.  Looking at those qualifications, he definitely fits the bill, huh?

I don't know that his acting would be on par with a Tom Hardy or a Paul Giamatti, but Beast Man isn't going to be delivering soliloquies or reciting Shakespeare.  When it comes to acting ability, I think Dave Bautista can get the job done as Beast Man.

I'd honestly be happy with any of these other four guys (or several others, for that matter) getting the role, but Dave Bautista has drawing power right now and he fits the bill.