Pumpkin Spice isn't the only good flavor out this fall

I'm a huge fan of Pumpkin Spice (pretty much anything that comes in that flavor). 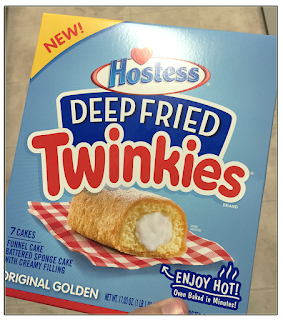 These are amazing. If you haven't tried them yet -- they're everything you'd imagine they'd be. They taste like Twinkies that were deep fried.

The same delicious, golden outer covering. The same delicious creamy inside. This time, they're warm though. I microwaved them rather than using the oven because -- well -- who has time for the oven, right?

I did run into the issue of the inside warming up much quicker than the outside. However, I ended up liking it that way. I wasn't sure if the deep fried tag was just a gimmick or if it would actually taste different. It's not just a regular Twinkie. It's a deep fried Twinkie. The taste is definitely there.

I would suggest partnering this hot, little treat with a big glass of cold milk. Because it's deep fried, you need a little something to wash this version of the Twinkie down with. 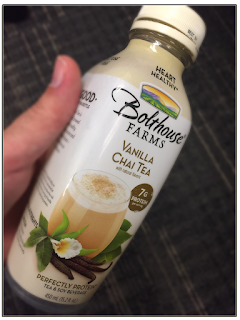 I was bummed for a couple of weeks because Target seemed to have been out of stock of the Bolthouse Farms Salted Caramel Latte flavor as well as the Mocha Cappuccino flavor.

I'm not sure if those flavors are discontinued or if there was just a backup on the ordering. I didn't find a Mocha Cappuccino this week, so maybe it's the later.

Either way, I had to test out a new flavor in the absence of my two reliables.

That new flavor was this Vanilla Chai Tea. I'm not a fan of tea. I haven't ever had a cup of tea that I enjoyed. In fact, I don't think I've ever finished a full cup of tea. Because of that, I was a little skeptical as to how my new taste adventure was going to turn out.

It's really quite good. The spices in the drink are sweet, but tasty. It's not quite a milkshake, but darn close! 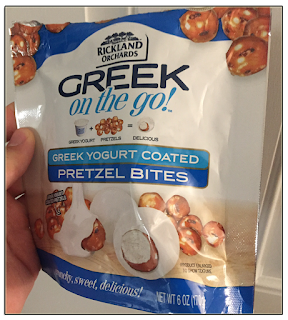 As you can see by the label, these are Richland Orchards pretzel bites, covered in greek yogurt. I wasn't sure if these would be more salty than sweet, but, just like the package says, they are 'crunchy, sweet, delicious.'

They're almost a little too sweet, especially if you grab a handful of them and throw them in your mouth. These are best consumed one at a time. Just like the Sweet and Salty Bugles (also really good, if you've never tried those!), there is a great combination of flavors here. I'd been eating some Dove chocolate covered berries lately, but these are a new favorite.