10 TV shows and movies that STILL aren't on DVD, but should be

There's been some good progress since my last blog on T.

The Beverly Hillbillies is being released season-by-season, The Nanny is out on DVD, and Batman is available on DVD.

Unfortunately there are still a lot of great TV shows and some very good movies that aren't available on Hulu, Netflix or on DVD.

Below is a list of some of the most deserving. 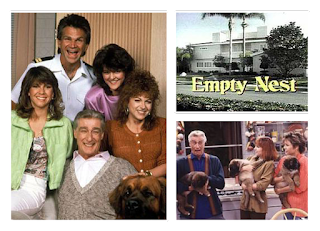 Okay. This one is one I mentioned before, but it's still not on DVD and, most definitely, should be. It's too entertaining not to be available for purchase!

Despite being a sitcom that was probably meant for older people, I enjoyed it when I caught reruns every now and then as a teenager.

I figured they'd put this out, for sure, after Betty White's resurgence a few years ago, but no such luck.

Where you can find it: Laff TV -- in some areas. 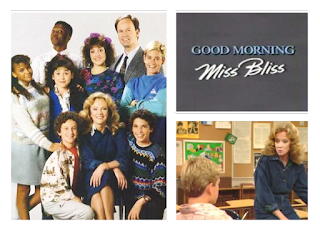 Another one that baffles me! It is actually available as part of the 'Saved By The Bell' package on Hulu. Before that, it was on Netflix until it moved over to Hulu.

However, it's never been released on DVD under the 'Saved By The Bell' title. I don't understand why. I'm assuming it must be some sort of copyright or contractual issue (as is the case with most TV shows or movies that aren't released on DVD).

But it is puzzling that it's available on streaming networks and not on DVD. If you've got a capture card or some sort of import device, you can capture it and burn your own copies of this 13-episode show/season. That's as close as you'll be able to get to a DVD copy it seems.

Where you can find it: available on Hulu 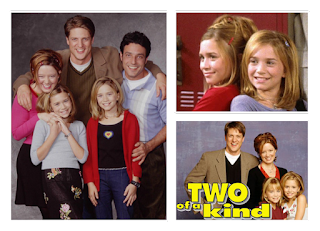 This show was nowhere as good as the show that made the Olson Twins famous -- Full House -- but it was a decent little show.

It didn't last too long but it served its role in ABC's TGIF lineup. Okay, well, to say it didn't last long is an overstatement. It didn't last past one season. But several shows that only lasted one season made it to DVD. This one should be added to that list. It was good for what it was.

Where it's available: it's not available anywhere 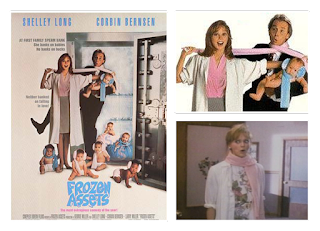 I've never seen this movie, unlike the other items on this list, but I did see the trailer on YouTube and it looked pretty good. Most of Shelley Long's other movies in the timeframe that this movie was made were good.

Watch the trailer HERE.  See what you think.

It's not something that would necessarily warrant being on DVD, based on the trailer, but it looks OK.  As a quasi-movie buff, I kind of hate to see movies or shows that are unavailable to watch.  Even if they're awful, you can watch it and say, 'Yeah, that's awful.'

Where you can find it:you can watch it on YouTube, actually (full-length) ... unless YouTube removes the video. 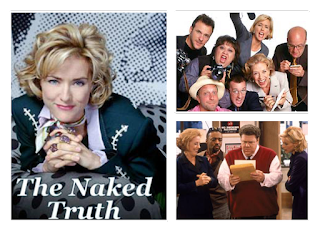 This was another show about a journalist who finds herself working at a tabloid. It wasn't anywhere near the level of Mary Tyler Moore or Murphy Brown, obviously, but the show did last 3 seasons. Téa Leoni is still a pretty big name. She's no Angelina Jolie, but she didn't drift off into obscurity either.

Holland Taylor was another star of the show. She went on to play Charlie and Alan's mother in Two and a Half Men. You'd think with their combined drawing power, that it would at least be available on DVD somewhere -- or on Netflix or Hulu.

Where you can find it: Nowhere that I'm aware of. A few shows are on YouTube. 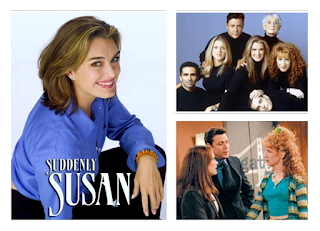 Another journalism show -- this one starring Brooke Shields. She plays a character who is a magazine writer in San Francisco. This one really surprises me because it has such big names like Brooke Shields, Kathy Griffin and Judd Nelson (of The Breakfast Club fame).

I'm not sure if one of the co-stars' suicides had anything to do with it not being released (maybe his family didn't sign distribution rights?). Or maybe it has to do with the fact that when the show wasn't sandwiched between Seinfeld and ER on NBC, it slipped past the 100 top rated shows on TV at the time.

Still, 4 seasons is enough to put out there for those TV fanatics who might watch it.

Where you can find it: Not available anywhere. 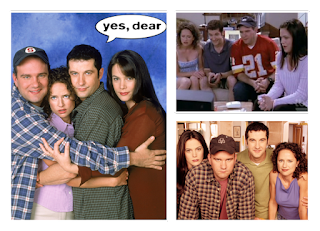 The fact that this show isn't out on DVD shocks me. It aired from 2000 to 2006. It aired in the DVD era. It's not like some of these other shows that came and went before DVD's started becoming popular. Or Netflix? It didn't have the 10-season run that Everybody Loves Raymond had, but it had that same type of feel. A family-oriented situation comedy.

It wasn't a classic, like Seinfeld, but it was funny. It wasn't forced laughs like some other shows. Reruns aired on TBS (among some other stations) for a while, but these days it's not released, officially, anywhere.

Where you can find it: some people have been good enough to upload episodes to YouTube. 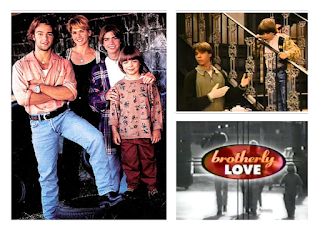 This was a Disney Channel original back in the '90's. Remember watching the Disney Channel when it was good? I don't care if I'm showing my age and out of touch with kids these days, I'd put my 90's Disney Channel shows up against any of their shows these days. Those 90's shows would win, easily.

It was only 2 seasons long, so I guess I understand Disney not being too anxious to throw this out on DVD (spending the money on cover art, etc.). However, they're one of the biggest companies in the world. Surely they could afford a little bit on cover art to put this out there as a complete DVD set.

They don't even need to offer it in stores -- just put it out on Amazon and other online retailers.

The Lawrence Brothers were probably most popular in the 90's, but they've got a decent resume between the three of them. I think people would buy this, especially if it was released under a 'Disney '90's' theme or something similar.

Where you can find it: a few clips are on YouTube. 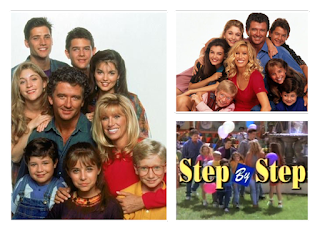 Which 90's kid doesn't remember Step by Step? It lasted for 7 seasons on ABC's Friday lineup. Well, it moved to CBS for it's last bit of life, but most of those 7 seasons were on the TGIF lineup on ABC.

7 seasons! And it's not on DVD? How can that be? I don't know. I haven't read a good reason as to why it's not on DVD. Some shows have a lot of music copyrights to overcome, but if the executives did it with Ally McBeal (a show that featured all kinds of popular music), then surely they could negotiate whatever has to be negotiated with Step by Step.

So disappointing that it hasn't been done yet!

It's one of those good 90's family sitcoms like Full House and Family Matters.

Where you can find it: Zilch. Nada. Zip. Nowhere. 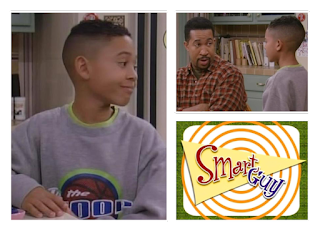 This was another Disney Channel show in the mid-90s. Remember Sister, Sister? Well connections pay off sometimes because this show starred Tahj Mowry -- the little brother of Tamera and Tia Mowry. The show was about a young boy who was a smart guy (hence the title, huh?) -- several grades ahead of where he should be for his age. His brother, his brother's friend, his older sister and his father rounded out the show as the other main characters.

It'd be quite interesting going to school with your younger, smarter brother wouldn't it? I always felt a little bad for the older brother on this show.

Despite only lasting for 3 seasons, it's worth putting on DVD. Gilligan's Island only lasted 3 seasons. The Addams Family and The Munsters had no more than that as well.

Where you can find it: nowhere that I know of. 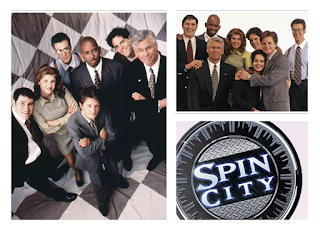 How can a show starring Michael J. Fox for the first half of it's life and Charlie Sheen in the second half not be readily available on DVD? This show was about the deputy Mayor of New York City essentially picking up the slack for the actual Mayor, dealing with city crisis after city crisis (not to mention the media and regular citizens).

I'm a pretty big fan of Michael J. Fox's work, so I'd advocate for this show to be released on DVD, but Heather Locklear and Charlie Sheen (in the later seasons) aren't a bad combo either. Plus, the show has a great supporting cast. 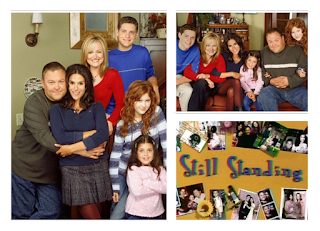 This was such an awesome show! There were only 4 seasons of this show and it aired on CBS originally, but I'm pretty sure I saw it as reruns on ABC Family.

It was an awesome show with a great cast who had very good chemistry together. The only reason that I can think off as to why this isn't on DVD is that it only made it to 4 seasons. There's kind of a common guideline that a show has to make it to 5 or 6 seasons to make it to syndication.

Still Standing only made it to 4, but still found a home on ABC Family. Unfortunately I don't think it was enough to make it to DVD though. Then again, they've put the entire series of The Ellen Show and Stacked out on DVD -- both of which were cancelled after just one season, so go figure.


Alright, so those are the new additional shows that need to be added to the list.

What can you do?

I guess you can try the social media or online approach: make your voice heard and email or petition the likes of Warner Home Video, Shout! Factory, Mill Creek Entertainment or the other companies that own distribution rights to these underrated shows.