I realized that I wrote this back in March, but never published it.  So, two reviews in two days: 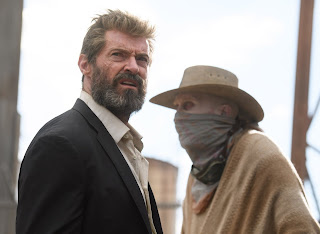 I was worried, after seeing the first trailer for Logan, that the movie would be a slower pace than some of the other X-Men movies.

With the 'R' rating, it seemed to possibly bring a darker theme and slower pace than the last couple of X-Men movies, which featured comedic, slow motion Quicksilver montages.

While Logan was darker and did have a slower pace, I think it was, by far, the best story to come out of the X-Men franchise. I

t had the storytelling that you'd find from one of the first Marvel movies -- where everyone had a role and every scene had a purpose.

There were some new characters (a couple of them being mutants) in this movie.  None of them were ones I'd recognized from the animated X-Men series from the '90s or from comics I'd read.  One of them was Caliban, played by the entertaining Stephen Merchant.  He and Wolverine provided some comedy in a somewhat dark movie. 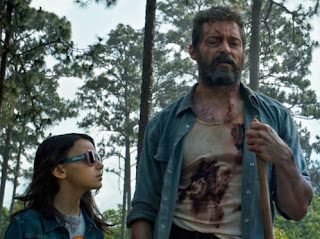 I can understand why the movie had the 'R' rating. Besides a little bit of strong language, there were some very violent scenes. Don't get me wrong, it was no Saw movie. T

here was blood and guts, as you'd expect there to be with Wolverine involved.

There are F-bombs, blood and close-ups of Wolverine clawing into any and all of his enemies in this movie.

They could've probably told this story without all of that, but I don't think it would've been as effective.  Wolverine has always been a violent character who deals with violent enemies in a violent way.  That's just part of the character's origins.

In the previous movies, that Wolverine wasn't able to be portrayed.  That all changed with Logan. 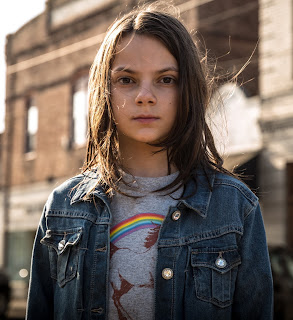 I don't know how familiar any of you are with X-23, but I'd suggest you read up on her a bit before seeing this movie.

If you want to be surprised, the movie does well in explaining the story, but it does help to have a little background information.

Personally, I didn't know much about X-23. I watched the animated X-Men cartoon from the '90s, but quit by the time X-Men: Evolution came about in 2003. However, as much as I tried to avoid spoilers, I ran across a couple of headlines on Facebook, so I had a general idea as to what to expect.

The actress they got to play this character was great.  She didn't have a ton of dialogue but she didn't need it.  She portrayed a huge array of emotions through her facial expressions, her body language and guttural screams.

If you've read some of my previous reviews, you probably know how much I despise bad child actors.  Either make them bit parts or don't write to a movie with a child actor.  They didn't need to worry about that in this case. 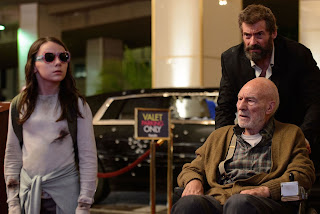 Whoever cast Dafne Keen as X-23 made a great choice!  She stood right there with Hugh Jackman and freakin' Patrick Stewart and didn't look lost at all.

Speaking of Patrick Stewart, this movie gives a nice closure to characters like Professor X and Wolverine, who we've seen as part of the X-Men franchise since 2000.

17 years is a long time for someone to play a character, even if they've only done it for a matter of minutes in a few ensemble films.

Whether or not there are sequels in the future or flashes to the past or prequels, this felt like a nice closure to that 17-year-long journey. 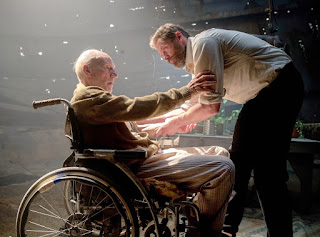 Professor X and Wolverine always had an interesting relationship in the comics and animated series.  Sometimes Professor X was very stern with Wolverine.

Then again, Wolverine was probably the most problematic 'problem child' a mentor or caretaker could end up with.

It was fun to see their relationship portrayed in a different way than it had in the previous movies.  Additionally, their dynamic changed the moment X-23 was involved in the story.

I felt bad for Logan in a somewhat comedic way.  He had to care for an elderly, mutant with failing health and failing mutant abilities along with a wild, emotionally distraught young girl.

As we all know, Wolverine isn't exactly the best caretaker to anyone, much less these two people and under stressful circumstances. 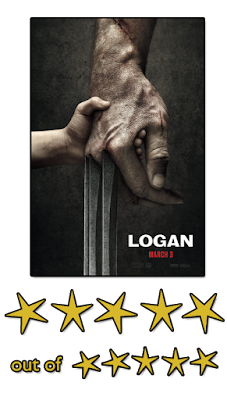 Being the last movie in a long journey, I was expecting some moments that would tung at my emotions.  I didn't expect them to do it so well though.

They really did well with this movie.  Whether you liked some of the decisions made with the characters or not, there were no loose ends.  There were minimal issues that I had with believability or continuity.

There was one moment --- involving a hunter in the woods -- that I kind of groaned about.  Though this review is late, I don't want to spoil anything if you haven't seen the movie yet, so I'll just say this: he must have been deaf not to hear the noise going on that was so close to him.  I guess his dog was deaf too.

Oh, that and the the scene with the perfectly framed and filmed cell phone video.  When someone is secretly filming something on their cell phone in a whistleblower capacity, things aren't close up and framed appropriately.

Minor complaints overall, but so minor that I can't even take half a star off of this stellar movie.