Thanksgiving is the official start to the Christmas season, right? So why not watch a Christmas movie? 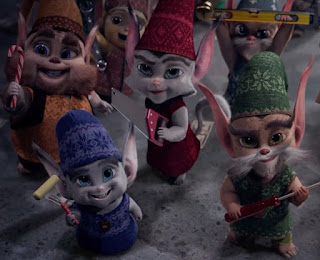 That's exactly what I decided to do this weekend. I've watched a few of Netflix's cheesy Christmas movies, mostly just to have some sound in my house as I go about chores here and there.

What a horrible movie! I'm typically fairly lenient on the Christmas movies, but it seemed like the writers didn't even try with this movie. 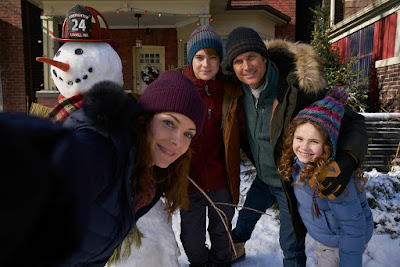 I was somewhat surprised because with Kurt Russell and Kimberly Williams-Paisley on board, I figured it may be decent.

It started off with a heartwarming video montage that made it easy to predict exactly what was going to happen to one of the characters who was in that montage.

Some of their acting seemed to be on-point and other times it seemed like even they didn't fully get invested into the characters they played. 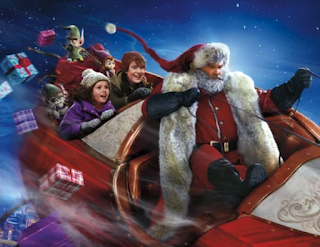 Hardworking Claire (Williams-Paisley) wishes that her children would get along with each other. That Christmas wish sets into motion the rest of the movie.

Minor spoiler alert!! (but who cares, really??) --- Teddy and Kate catch the actual Santa Claus (Russell) as he's delivering presents in their neighborhood.

How'd they do this? They did what every kid has done for ages: tried to stay awake all night long.  Not just that -- they come up with the oh-so-clever plan to record Santa Claus on video!

There is never an explanation given as to why they were able to spot Santa and nobody else was, so one has to assume it's all due to their mom's Christmas wish.

Does Santa know about this wish? Is he just a pawn in the wish or does he knowingly grant this wish? Questions that are too deep for this movie. 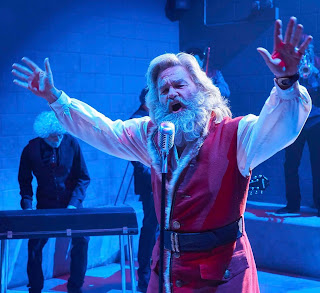 Santa's sleigh ends up crashing and Teddy and Kate have to work together to overcome a series of obstacles, keep each other safe and save Christmas all in the span of a few hours.

In the meantime, there's a car chase involving Santa and the police, the introduction of some Gremlin-like elves (one of whom wields a chainsaw) and a jailhouse concert that involves Santa performing a suggestive Elvis Christmas song (with three apparent Hoe Hoe Hoes playing backup singers).

The police just don't believe it's actually Santa and want an explanation for all his 'tricks.' This is after they saw reindeer fly away with two children. 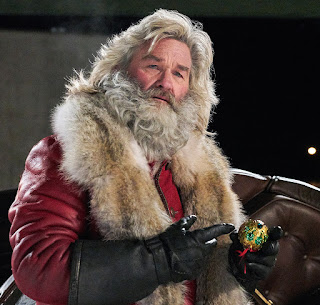 Why would the cops believe him? The people in an earlier restaurant scene didn't believe him either. He knew everyone's name and knew what gifts they got for Christmas years and years ago.

Clearly, just an imposter who found all of this information online, right? He just happens to be able to produce toys out of his coat pocket at will.

Why believe it's the real Santa??

Oh, yeah. at the end of the movie, Mrs. Claus is revealed to be the overly botoxed Goldie Hawn.

It's all too over-the-top. It's too cheesy. There are too many plot holes. This is no instant Christmas classic. 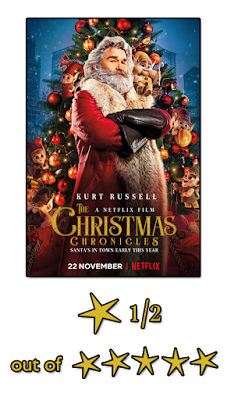 You may find yourself laughing at the movie, but not with it.

If you want to watch a good movie, go watch The Santa Clause instead.

I'm kind of bummed about this negative review because Kurt Russell seemed like he'd make a good Santa, despite the fact that he ended up looking somewhat like a hobo in his Santa Claus gear.

The one good thing I'll say about the movie is that they had some impressive computer-generated imagery. I'm not sure how much they spent on CGI, but at least they got that part right.