Who could, should, won't and shouldn't show up at WWE's 2019 men's Royal Rumble?

The Royal Rumble is one of my favorite matches of the year.  It's kind of like an Avengers movie.  You see all kinds of interactions (and surprise returns) that you don't see any other time of year in any other match.

I blogged about some potential female returns yesterday, so today let's talk about the guys.

It's interesting that I had a little bit of trouble coming up with this list.  Several former female superstars could easily return for one more match.

A lot of the former male superstars are, sadly, deceased.  Or they are with another company (John Morrison, Cody Rhodes, etc.).

That makes it a little tricky to get a good list of possible surprise Rumble entrants.

I assume we'll see some returns at the Rumble since there are several Superstars who are currently injured (and may be ready to go by January 27).


I'm not sure how likely a Reigns return is.  I guess it has been a few months since he stepped away to battle leukemia.  I'm not familiar enough with his case to have any idea how soon a return could happen.  If he showed up at the Rumble I think he'd get a huge reaction --- very different from his previous Rumble appearances.

WWE has also been using at least one or two NXT talents in the Rumble each year.

Honestly, I kind of dislike it when WWE uses their NXT talent for the Rumble because they have a very large male roster already.

That means, if NXT talent is used, there are less spots for members of the main roster and less room for surprise returns.

The surprise returns are one of my favorite parts of the match!

Here's who I'd like to see show up (and a few that may show up whether I want them to or not!). 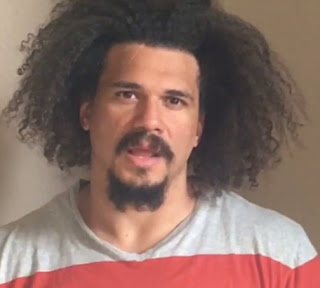 It's been close to a decade since Carlito last performed in WWE.  He's done some independent shows, but he never made his way back to WWE.  His brother and cousin have been employed for several years now, filling up the tag team division.

I don't know what kind of shape Carlito is in, but I know the crowd in Phoenix would give a massive pop if they heard Carlito's signature theme music play out, 'I spit in the face of people who don't want to be cool.'

It's been so long since his character was around that the entire roster has changed.  I could see his character having some fun showdowns with: Lio Rush, Andrade Almas, Bobby Lashley, Dolph Ziggler, a returning Kevin Owens or even Heath Slater.

Better yet, could you imagine Carlito spitting his chewed up apple in the face of Shinsuke Nakamura? 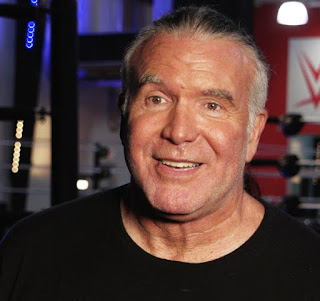 Kevin Nash has returned at the Rumble.  DDP did.  It'd be nice to see their buddy, Scott Hall, return in his Outsiders or n.W.o. personal.  No Razor Ramon for me, please.

I know Scott is doing well and is on good terms with WWE as he just recently spent some time helping the young talent down at the WWE Performance Center.

There's an entire generation of current WWE wrestlers who would be honored to step into the ring with him because they watched Razor / Hall on Raw and Nitro in the '90s.

Zack Ryder, Seth Rollins, The Miz and Dolph Ziggler all look up to the guy.  They've said so in previous interviews.

I assume the likes of Kofi Kingston, Mustafa Ali, Randy Orton, Xavier Woods, Tony Neese and others have similar feelings.

Verdict: won't (but should!) appear 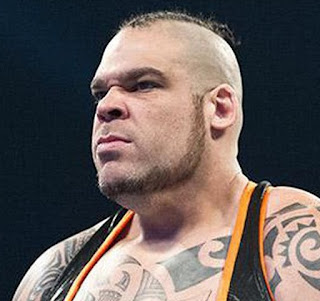 This is a smart, talented big man who couldn't seem to make it in WWE or in Impact Wrestling.  He was misused time and time again.  I thought he should've had more of a 'monster' gimmick than his Funkasaurus schtick, though it was fun.

Brodus Clay (or 'Tyrus' as he was named in TNA) can be seen on Fox News each Saturday evening.  I don't know if he's had any contact with WWE since he left, but he's real-life friends with EC3, right?  It never hurts to have friends in the right places.

I'd love to see Brodus come out and make a couple of eliminations, only to have a confrontation with a returning Braun Strowman (and be eliminated) or Samoa Joe or even Rusev.  Those interactions would all be entertaining to watch. 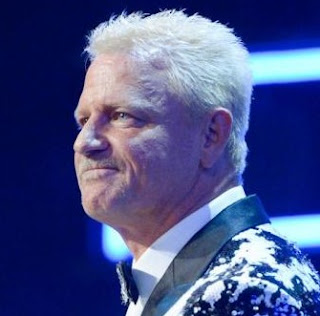 Now would be the right time for this 2018 Hall of Fame inductee to make an appearance.  He was inducted into the Hall of Fame, but he hasn't had any kind of in-ring return with WWE.  Jarrett isn't Kurt Angle, so I doubt they'd ever sign him to compete full-time again or even on a part-time basis.

That's why a Rumble appearance is perfect.  It's a one-night appearance.  He's a veteran who works safe.

He can create a little moment with Elias in the ring.  Maybe start a little duet together, only for Elias to eliminate him and shrug it off since it's every man for himself.

For some reason I could see Jarrett and the Singh brothers (outside the ring as they manage Jinder Mahal in the match) having a fun interaction.

Jarrett and Rusev could have a fun little spot too. 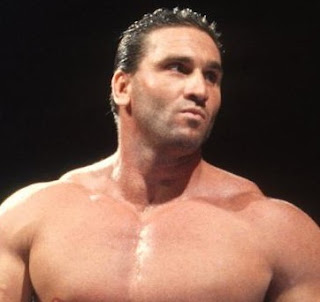 This one is a looooong shot because apparently there's heat between Shamrock and Triple H?  Not sure how true that is, but I'd love to see 'the world's most dangerous man' return to WWE.  He thrived there as Intercontinental Champion.  Had he been around today, I think he'd have been a world champion.

He doesn't get enough appreciation for his time at WWE (his feud with The Rock helped cement The Rock's status).

I'd mark out if Shamrock's music hit.

Verdict: should appear, but probably won't 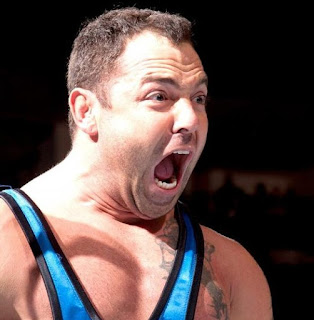 Santino was one of those great comedy wrestlers in WWE who was also an underdog.  He was annoying when he first started, but whether he was a heel or a face, he did the job so well that you had to like him at some point.

He wont a lot of people over because of his infectious and over-the-top personality along with his unique in-ring moveset.  I mean, by the time he left WWE, he was a respected competitor.

The pop he got during his Elimination Chamber match proves that.

It's been a few years since we've seen Santino in a WWE ring.  2019 feels like the right time for a follow-up appearance. 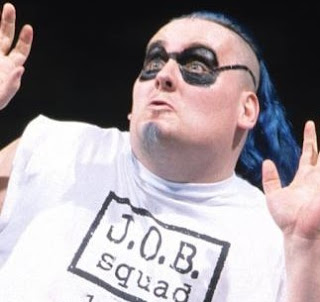 If WWE really wanted to pull out a blast from the past, they'd bring in The Blue Meanie.  He had a memorable run and a unique look (gimmick?) back in the 90s.  He had a good run in ECW and in the WWF.

Granted, he never won any titles or even wrestled on pay-per-view in the WWF, but his debut as part of the J.O.B. Squad and eventual unusual alliance with Goldust was interesting.

He came back for ECW's One Night Stand and had the incident with JBL.  WWE owes him a battle royal spot where he won't get beat up.  Philly would've been a better location for this return, but oh well.  WWE missed the boat on that opportunity. 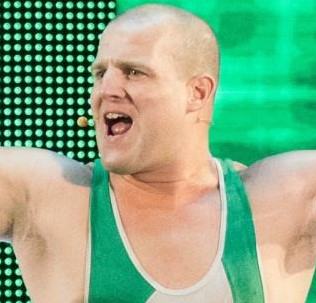 The Spirit Squad made a return a few years ago as Miz's cronies.  They didn't end up sticking around with the company though.  I don't know if they're on good terms with WWE, but one of them showing up (just so we can hear the Spirit Squad music again) would be fun.

Dolph Ziggler could superkick them right over the top rope.  Given Dolph's past as a member of the Spirit Squad, that would be a fun, nostalgic interaction.

Nothing too long or too serious.  Just a little breather from the constant entries of WWE superstars. 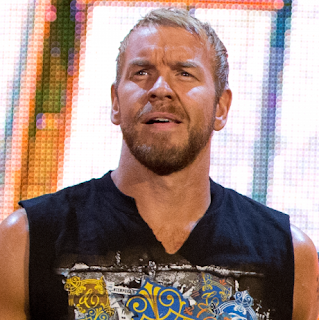 Did Christian ever get his retirement match with WWE?  He's one wrestler who kind of quietly went away.  He's still as visible as ever with his show on the WWE Network alongside his best friend, Edge.

But Christian never got the send off that Edge got.  Even if he never has a 'retirement match,' it would be nice to see him compete one last time.

He's still in great shape.  I don't know if there are concussion issues or if he'd have an issue passing a WWE physical, but if he's able to compete, I'd like to see it happen. 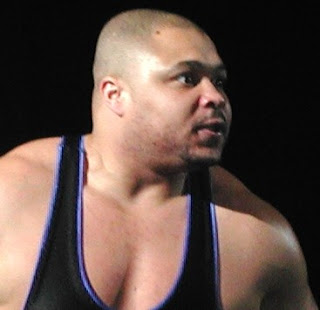 Shake your head!  D'Lo Brown was awesome.  Any fan from the 90s can tell you that.  His protective vest that he wore long past the point he needed to wear it, his awesome frog splash and his fun on-camera presence made for a good mid-carder and a great European Champion.

D'Lo went on to compete in TNA and made a return to WWE, only to be wasted after two appearances on Raw.

He used to be in good shape.  I'm not sure if he still is.  Will fans remember him?  Well, Lio Rush saw him in Vegas and remembered him, so I don't think that will be an issue for the hardcore WWE fans that are going to be in attendance at the Rumble.

Verdict: won't (but definitely should!) appear 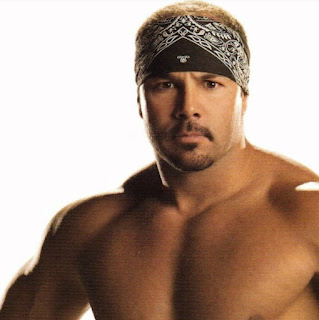 Here is another one who survived outside WWE.  That's not a surprise though.  He's part of a wrestling dynasty.

Guerrero Jr. appeared in TNA after his release and, most recently, helped train the actresses who are on Netflix's Gorgeous Ladies of Wrestling.  He probably got a better pay day for the training gig than he did during any recent wrestling appearances.

Guerrero was never my absolute favorite, but he's still awesome.  I think most fans would agree.  He'd get a great pop in Phoenix. 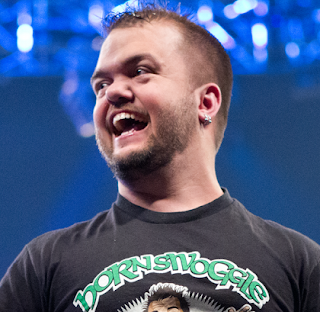 He was in the Rumble not too long ago and while he is memorable, it's not necessarily due to overwhelming fan support.  I've got nothing against the guy, but I did have an issue with how WWE booked him.

The constant jobbing of Chavo Jr. and the ridiculous matches and segments that he was involved with are reasons I say, 'leave him in the past.'

Maybe bring him back a few years down the road, but not this year.  I need a 2019 Hornswoggle break.

Verdict: won't (but could) appear 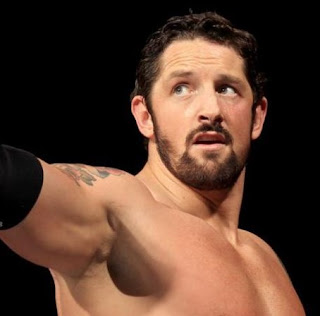 I'd like to see Wade Barrett return to WWE full-time.  I think he'd be much more appreciated this time around.  However, I don't want to see him return in the Royal Rumble match.  He's not going to win, so why start him off with a loss?

If they were going to bring him back, I'd like to see him return in a bigger way.  He needs a feud and a story to work with.  Don't just bring him back and throw him into the Rumble.  He'll get lost in the shuffle that way.

If Wade returns to WWE, it should be in a big way because he's got all the potential in the world to be WWE Champion. 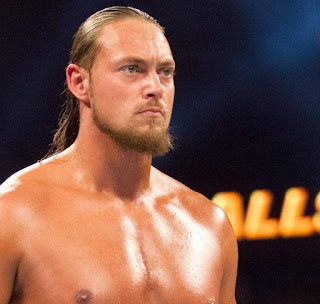 I doubt WWE would even consider bringing him in for the match since he was just released earlier this year.  If they did consider him, I'd prefer they didn't.

Nothing against Big Cass, since I actually liked him, but it's too soon for a Rumble appearance.  Maybe in 2020 or 2021 if he's still wrestling and hasn't returned by then.  Not now though.

I'd like to see him return full-time if he can maintain the passion for pro wrestling.  Maybe a run in AEW, ROH or Impact would do him well.

Related Content:
• Who could, should, won't and shouldn't show up at WWE's 2nd women's Royal Rumble?