When I first saw The Dark Knight Rises, I had a lot of mixed emotions.

The shooting in Colorado stopped that excitement. It was still amazing to watch the conclusion of the Christopher Nolan-directed trilogy, but it wasn’t as enjoyable as I’d anticipated.

After seeing the movie twice more on the big screen in the dollar theatre and several times now on DVD, the Colorado shooting isn’t the first thing I think of when I watch the movie.

I don’t get a somber feeling anymore; instead there’s a feeling of finality – which is appropriate given that this movie marks the end of the journey that started 7 years ago with Batman Begins.

I’ve seen it several times over, but The Dark Knight Rises is not the most epic movie of all time.

There's actually a few problems I have with it.

The plot seems unrealistic. Baine taking control of Gotham for several months, while the Federal Government doesn’t do anything? Seems unlikely. 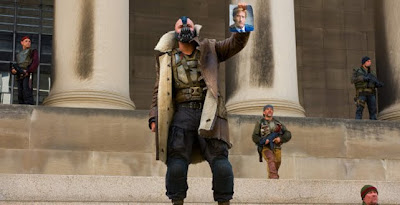 Even though Baine had a nuclear weapon and threatened to use it if anyone left, it seemed odd that nobody would try.

Or maybe it’s just the fact that the movie’s makers used a few minutes of pseudo-montages to show several months worth of events, yet the first hour and a half focused on just a few days. Maybe it just felt too rushed.

Batman makes his way into the blocked off city apparently with ease. It's never explained how he gets back into Gotham without any resources, but I don't think that's a negative. In fact I kind of like that they didn't explain that. It's part of the fun that is Batman. He always has tricks.

I did think it was very convenient that his Batship, which was left atop a skyscraper, was left untouched, despite the city being controlled by criminals. 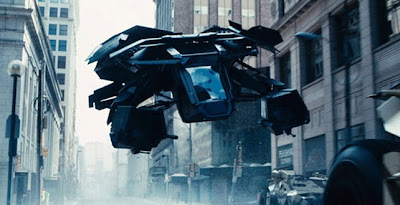 I guess the criminals didn't like to leave the ground floor.

Then there’s the big battle between Baine’s followers and the police near the end of the movie. Batman and Baine travel through the mess so they can do battle against each other. 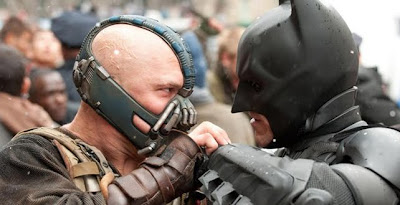 It, of course, makes sense for the main hero of the movie and the main villain to do battle, but what about the other thugs and the officers? Is there not one brave soul of that bunch that wanted to at least attempt a shot at Baine or Batman?

Baine and Batman battle into a building that just happens to be empty. Then there’s a long piece of dialogue and even though there’s a huge fight amongst several thousand people going on just outside, not one of them wander into the building and interrupt the dialogue.

In some ways, I prefer The Dark Knight. Heath Ledger’s portrayal of The Joker adds a kind of appeal that can’t be matched. 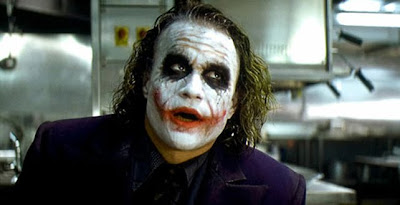 While there is no mention of The Joker, The Dark Knight Rises ties up all other loose ends. In fact, with the introduction of the Miranda Tate character, the final installment of the trilogy ties up loose ends that you didn’t even know existed. 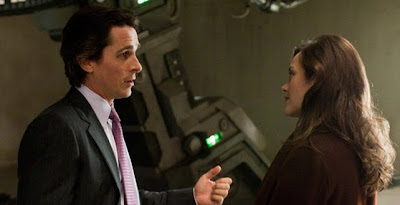 On top of that, there’s a lot of societal issues at play that fit into today’s current financial climate.

“There’s a storm coming Mr. Wayne. You and your friends better batten down the hatches because when it hits you’ll wonder how you all thought you could live so large and leave so little for the rest of us.” 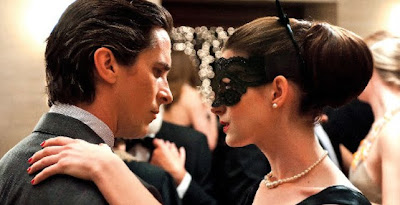 Despite the plot pitfalls, it was still an incredibly solid movie. Seeing Batman rise up not once, but twice in this film was very cool to see.

Seeing Bane finally be made into a credible villain on the big screen was a major positive. Tom Hardy and Christopher Nolan's interpretation of the character came off impressively bad-ass. 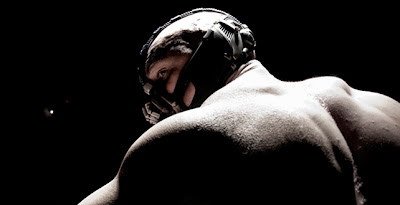 It was also nice to see a super hero movie that wasn’t about a villain trying to take over the world. While The Avengers, Star Trek, Battleship, and The Transformers see the hero fight off impending alien takeovers, Batman’s villains live within their means. They want to change society and, in doing so, cause destruction for Gotham City.

While The Dark Knight Rises answers a lot of questions, it does leave a couple unanswered: what will happen with the rumored Justice League movie will pan out. 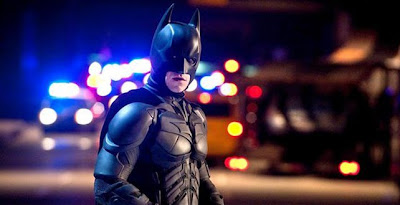 Will Christian Bale reprise his role as Bruce Wayne and the caped crusader? Will one of the other characters from The Dark Knight Rises wear the Batman costume?

Even though his name was revealed as “Robin,” Joseph Gordon-Levitt could easily take over the role of Batman instead of the Boy Wonder.

Or will D.C. and Warner Brothers decide to do a reboot – giving an entirely new actor a chance to play Bruce Wayne and/or Batman?

Furthermore, what about Catwoman? Some of the best moments in The Dark Knight Rises do belong to Anne Hattheway and her portrayal of Catwoman. 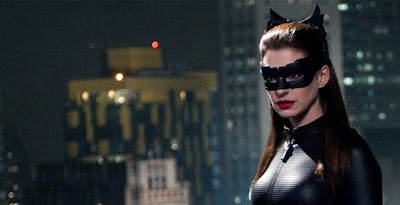 Will we see a prequel, showing how Selina Kyle ended up in Gotham? Or perhaps she will return in a Justice League film. Although unlikely, I would welcome her presence in that film. 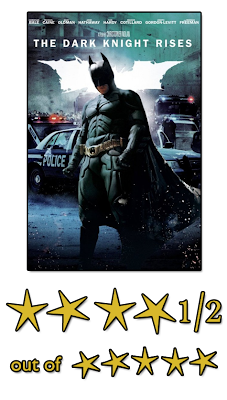