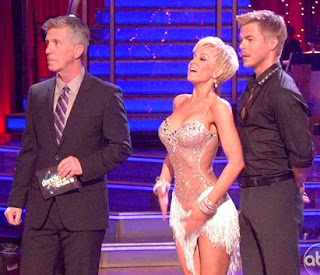 It seems everyone is talking about Miley Cyrus topping Maxim's Hottest 100 list.

Everyone else is talking about Kellie Pickler's great looks, tight body and fancy outfits on Dancing with the Stars. I can't argue with anyone on either of those.

Miley does look hot and Kellie looks to be in the best shape of her life -- a common theme, it seems, for anyone who joins Dancing with the Stars and lasts a considerable amount of time.

Being so tone and fit, no doubt, has to do with the fact that Kellie made it to the finals of the Dancing with the Stars competition.

While Cyrus and Pickler are two of today's TV hotties, there's a slew of other TV babes who aren't forgotten. They're all much older than me, but thanks to the beauty of reruns and TV shows on DVD, I've become quite familiar with them. Here's the top five classic TV babes: 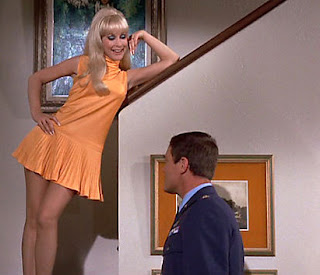 I watched reruns of I Dream of Jeannie when I was a kid. She's the first woman I remember catching my attention. The silky pink outfit, the little vest, the blonde hair and the cat-like eyes. Very sexy indeed and probably way ahead of her time in that sense.


While Marilyn Monroe was gorgeous, Barbara Eden was right up there with her. She set the bar high for future ladies who went on to become successful in television. I just need to snag me a woman like her and I'll be happy for life. 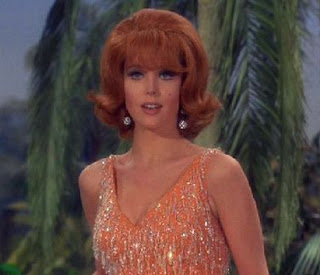 When they were casting for Gilligan's Island and the role of Ginger Grant, a glamorous movie star came up, Tina Louise snagged the role. If you've ever seen an episode of Gilligan's Island, it's easy to understand why. She was gorgeous, she filled out an evening gown and she could act. She wasn't just a pretty face though.

I recently watched the entire Gilligan's Island TV series on DVD and I never realized how much of a comedic actress she was. She would turn the switch from comedy to sexy without missing a beat.

Before there was Team Edward or Team Jacob, there was Team Ginger and Team Mary Ann. No offense to Dawn Wells, but I'll take Ginger every day of the week. 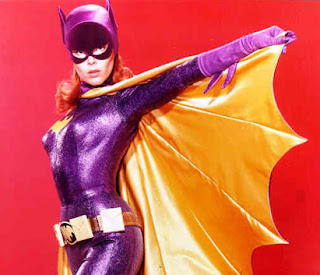 I'll admit -- right away -- that with Yvonne, half of her appeal is the fact that she wore a very tight and shapely Batgirl suit each time she was on screen.

Barbara Eden and Tina Louise showed a lot of skin in their roles as Jeannie and Ginger, but Yvonne was almost completely covered.

Despite the fact that she was almost completely covered, she managed to stay very sexy.

Even though Craig didn't go on to do very many things in her acting career, the one role as Batgirl in a couple of seasons of Batman was enough to make the memory of her role long-lasting. 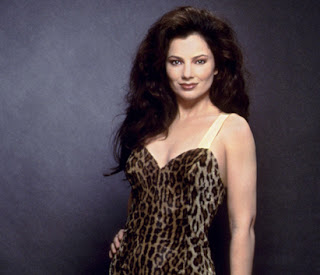 In the mid-90s, Fran Drescher starred as Fran Fine in The Nanny. Fran's tight outfits, short skirts and colorful clothes became a staple of the show. Even though the outfits were supposed to be (and were at times) over-the-top, it didn't stop Fran from looking incredible each week.

Drescher exaggerated her nasally voice, picked her teeth as Fran Fine, and was often-times involved in scenes that talked about belching and other bodily functions. Despite the character flaws, Fran still had a lot of appeal -- both as Fran Fine and as Fran Drescher.

I even rented the movie The Beautician and The Beast. It wasn't a very good movie, but, just like The Nanny, each scene was shot with Fran in form-fitting clothes, so it gets at least one star for that fact alone. 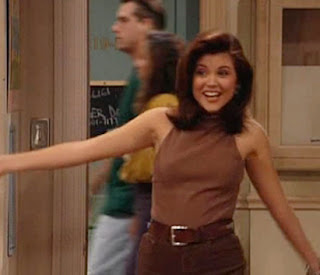 I'm not a fan of Justin Bieber, but he can't be all dumb because he once sported a Kelly Kapowski t-shirt. Kapowski, of course, was Tiffani's character in Saved By The Bell and Saved By The Bell: The College Years.

It was when Tiffani joined 90210 that she really steamed up the TV screen though. She traded in good girl Kelly Kapowski for the vamp, vixen and all around vivacious Valerie Malone character. I'm pretty sure Valerie Malone hooked up with each of the male characters in the first season of the show. Thankfully that meant a lot of bedroom scenes featuring Tiffani in the first season.

Even though she's now a mother, she's still one of TV's best looking ladies on White Collar each week.


Related Content:
• A List of American Idol Judge Possibilities
• 10 TV shows and movies that aren't on DVD, but should be
• The Big Bang Theory (Seasons 1 - 4) - reviewed.