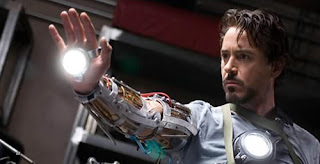 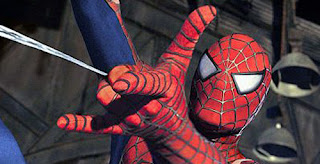 Peter Parker was always more of a scientist than an engineer, but that didn't stop him from creating his very useful web shooters.

With the web shooters, Spider-Man is able to tie up his enemies and swing through New York City by shooting strings of webbing onto skyscrapers, light poles and bridges.

In some versions of Spider-Man, Parker can shoot webbing from his hands. In those cases, he still uses a mechanical device in order to control the webbing. 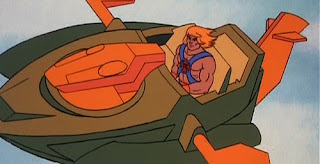 He-Man wasn't always able to rely on his super-strength to defeat Skeletor. Sometimes he needed a host of weapons, including flash bulbs, heat-resistant shields, and a wide variety of attack vehicles.

When Man-At-Arms wasn't doing battle alongside the Eternians, he was creating new weapons to use in the fight against Skeletor. Several episodes of He-Man and the Masters of the Universe started out with Prince Adam and Man-At-Arms testing out a new piece of equipment.

My favorite was probably the Wind Raider or the Sky Sled. If there was an urgent situation, He-Man would run to the Sky Sled, hop on and basically kick-start the thing. If it was just He-Man and his sword, he probably wouldn't have been as successful in saving Eternia time after time. 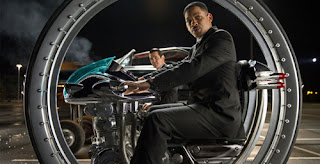 One has to have a vast array of weaponry when one is fighting aliens from outer space. That's why the Men In Black agents were always trigger-ready with all of their guns, large and small.

There are tiny weapons that pack a wallop, like the Noisy Cricket. Despite the advanced technology, sometimes the agents prefer to stick to the basics. They often used a semi-automatic pistol or a revolver. After all, those weapons aren't as hard to conceal as a bazooka.

The Men In Black agency also used technology to pimp out their forms of transportation. The car can go into hyper mode, making it much quicker to respond to aliens that aren't complying with Earth's laws. Meanwhile, if there's too much traffic in a long tunnel, the agents can drive on the ceiling. Always a nice feature to have in a vehicle. 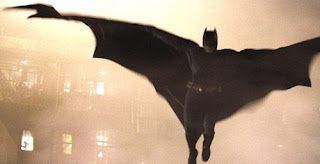 There's one superhero who can rival Iron Man with his weaponry and gadgets: Batman.

Thanks to his large bank account, Bruce Wayne came up with the perfect set of weapons and handy tools for crime fighting. Unlike Superman, Wayne's fellow D.C. Comics crime fighter, Batman was just a man in a suit with some fight training.

He's always had his batarangs and his grapple gun, some of Batman's weapons were upgraded in The Dark Knight trilogy. Batman had some help from Lucious Fox (Morgan Freeman), who made sure there was always something new happening in the Research and Development area at Wayne Enterprises. 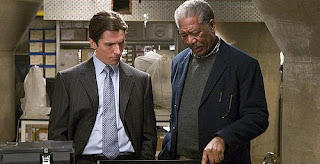 Thanks to Lucious, Batman devised a way to send electric charges to his cape, transforming it from a cloth material to a solid, air-ready glider.

With a flip of a switch, eye shields came down over the eyeholes in his mask. Those shields allowed him to see in the dark.  Then there's the tank-like Batmobile and the futuristic looking Batplane.

Let's just hope that Wayne gave Lucious Fox a large raise after helping secure all of that gadgetry.