Two months ago, just after the Royal Rumble, I made a list of some 'should be' Wrestlemania matches.

A lot of wrestling fans have been debating how the current Wrestlemania card stacks up to Wrestlemania events of the past. To be honest, on paper, it looks kind of lame. That being said, it could turn out to be an awesome event. The big matches will likely deliver, if nothing else.

Still, after reviewing some of my 'should be' matches, I think Wrestlemania could be better.

My match: Tag Team Title match between The Usos, Cesaro and Swagger, Luke Harper and Erick Rowan, and The New Age Outlaws 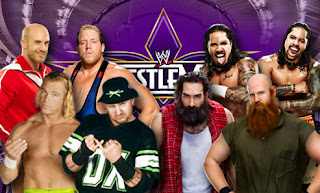 Actual match: The Usos vs. Cesaro and Jack Swagger vs. Los Matadores vs. Ryback and Curtis Axel 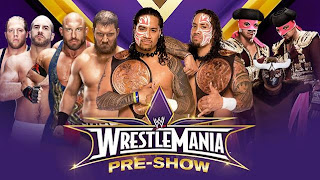 Better booking: They're, more or less, the same, but I'm going with mine. I had The New Age Outlaws walking into the match as Tag Team Champions and The Usos winning the match, giving them a nice Wrestlemania moment. WWE has The New Age Outlaws in an entirely different match, making their championship victory at the Rumble seem random and pointless.

WWE is on point in having Cesaro and Swagger involved in the match, but Los Mattadores? I like the workers, but the gimmick is awful. I'd rather see Luke Harper and Erick Rowan involved as a tag team than Los Mattadores.

On a side note, it's ridiculous that the Tag Team Title match is being relegated to the pre-show since Wrestlemania is 4 HOURS LONG!


My match: Divas Championship Match between AJ Lee and Lita (or Trish or Tamina or Mickie or Emma or Natalya) 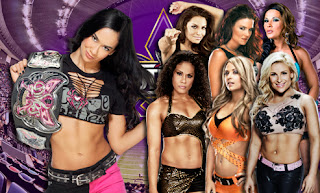 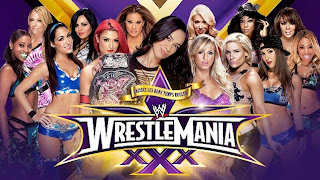 Better booking: While this Vickie Guerrero invitational does get every Diva on the card, it screams of poor booking. Remember Trish Stratus vs. Mickie James? That was a great match with a proper build. WWE had the time to build up a strong contender for A.J. Lee out of any of the Divas I suggested. Ideally it would have been A.J. Lee vs. her former idol, Lita. Tamina, Emma, Mickie, Nattie or Trish would have worked just fine as well though.

It's nice that all the girls get a pay day at Wrestlemania thanks to this match, but do all of them deserve it? Layla has been absent for the past 6 months, apparently dealing with personal issues. Rosa Mendes getting another match at Wrestlemania? She doesn't even deserve a job as a WWE wrestler, much less a match at 'Mania. I don't know who is more impressive for being employed so long: Rosa Mendes or JTG.

If WWE handles this match the way they did the 25 Diva Clusterf...err..Battle Royal at Wrestlemania 25, then this is going to be a giant catfight that results in a short match. Instead of elevating their division at Wrestlemania 25, WWE decided to have "Santina" win the match. The result of this match could be just as dreadful: Vickie Guerrero could win the Diva's Title.

No, she's not advertised as being part of the match, but it wouldn't surprise me one bit if she entered and somehow won the belt.

My Matches: RVD vs. Ryback, Big E Langston vs. Fandango, Damien Sandow vs. Sheamus, and Cody Rhodes vs. Goldust. 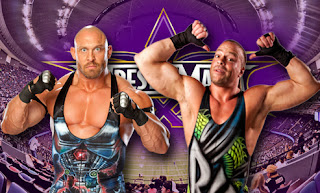 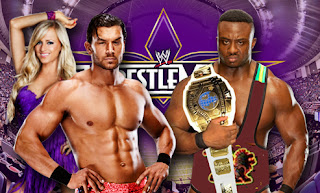 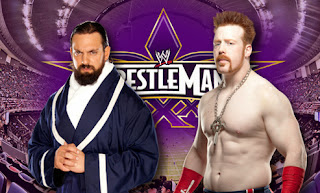 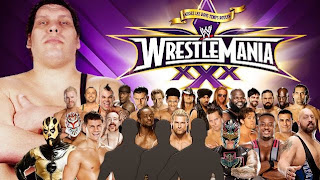 Better booking: Mine. Yes, it's Wrestlemania 30. Yes, there's a certain bit of poetry involved if The Big Show wins the Andre The Giant Memorial Battle Royal. Yes, WWE's match gets 30 guys on the card. My booking would have left several wrestlers off the pay-per-view.

The positives of my booking? The Intercontinental Title would have been defended (last year it was defended in a pre-show match between The Miz and Wade Barrett). RVD vs. Ryback has already been done, but I'm sure those two would have worked in some very cool spots for a Wrestlemania match. Goldust and Cody Rhodes could have had the brother-versus-brother match that fans had supportive of seeing for the past two years. Mostly, Damien Sandow could have had a singles match at 'Mania. There are three distinct matches rather than what's likely to be a forgettable battle royal.

Just like cage matches, you can't lose with a battle royal. It's an easy match to book, it provides some fun, and the match usually leads to exciting moments near the end of the match. How many battle royals do you distinctly remember, though? They all run together.

Battling for an Andre The Giant trophy? Eh. It pays some homage, so that's nice, but does it really mean anything? Is it going to elevate the winner in any way? No...and no to those two questions.

I would've preferred a few individual feuds that had a good story rather than a large, thrown-together match. WWE could've still done a pre-show battle royal. Heck, maybe even a battle royal on the main show. As it stands right now, however, WWE only has 7 matches booked for the pay-per-view itself! I know they'll have the Hall of Fame gig, a Hulk Hogan introduction, a National Anthem performance and cameos in some backstage segments, but only 7 matches?

Got off on a tangent there. My matches or WWE's? I'm going with mine because there's a little more creative effort involved in the matches I booked.


My match: John Cena vs. The Shield 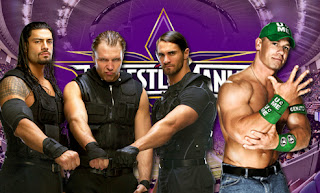 WWE's match: The Shield vs. Kane and The New Age Outlaws 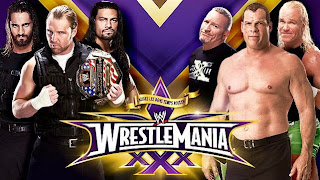 Better booking: Maybe I'm being too much of a critic here, but The Outlaws and Kane? All three of these guys were wrestling at Wrestlemania 14 -- the first Wrestlemania I ever watched. Why do they have a match at Wrestlemania over 15 years later? The answer is because WWE hasn't taken the time to create new stars.

WWE needs to elevate The Shield with this match. While a victory over Kane and The New Age Outlaws is impressive (there are about two dozen different title reigns between those three guys), The Shield going into Wrestlemania with a strong angle involving John Cena probably would have resulted in a higher profile match for them.

Better booking? John Cena vs. The Shield would have been more fun, but The Shield defeating The Outlaws and Kane works (not as well), too. 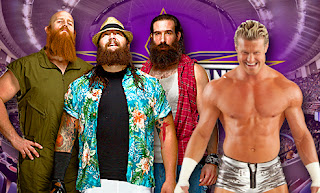 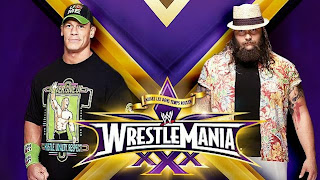 Better booking: We'll call this one a tie. Bray and Dolph would probably have produced a better quality match, but if Bray can defeat John Cena, it will certainly help in taking him to that next level.

The only bad thing is that Dolph is left out of the spotlight. The dude seems to be in the doghouse and who knows when he'll be let out. It's too bad because Dolph seems to be going the way of RVD, Booker T, Chris Jericho and so many others who were stuck at midcard -- never to rise above it, despite fans being eager to see them do so.

My Match: The Undertaker vs. Brock Lesnar 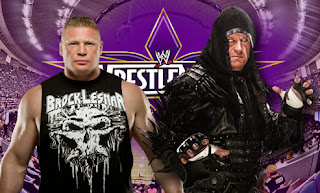 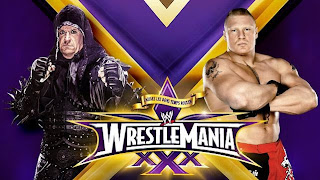 Better booking: I guess this one is void since we both booked the same thing.

Why we had to put up with Lesnar/HHH last year is beyond me. This is the first match Lesnar should have had after returning to WWE. The Undertaker and Brock Lesnar's UFC confrontation didn't seem so distant last year.

However, if we had gotten Lesnar vs. Taker last year, we would have lost out on CM Punk vs. The Undertaker, which was a very good match. You can't have your cake and eat it too.

This booking makes sense (though I'm not sure the build up does ... Lesnar has been looking pretty weak going into the match). "The Streak" continues and hopefully Sting shows up at 'Mania, laying ground work for next year's match. That's what I'm hoping happens in this match.

My Match: Daniel Bryan vs. Triple H vs. Randy Orton vs. Batista with the WWE World Heavyweight Title on the line 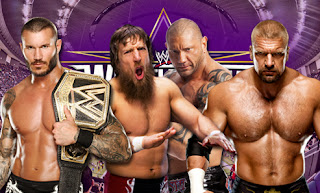 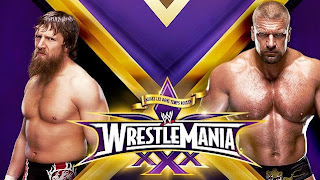 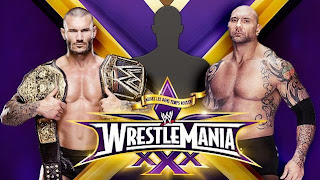 Better booking: I hate to give WWE credit for the booking here because they clearly didn't have this planned out when they had Batista win the Royal Rumble.

CM Punk walking out did result in an interesting match though. It's been a while since WWE did something as different as having the winner of one match compete in a second match later for WWE World Title match. It's not 'dream booking' but it does make this Wrestlemania stand out a little more. When it comes to the WWE World Title, for the past several Wrestlemania's, WWE's gone the very traditional, boring route of triple threats and singles matches (often with wrestlers who have faced each other numerous times over).

I still like my idea of having Daniel Bryan face all three former members of Evolution (and defeating them all), but, you never know -- that could still happen. Triple H and Daniel Bryan could both end up in the main event, depending on how their match goes down.

Kudos to WWE for (inadvertently) booking this main event match.

Singles matches, multi-man matches -- it really doesn't matter, so long as WWE creates some quality, memorable moments that fans can talk about for years to come. Hopefully WWE has some of those planned this year. Being the 30th anniversary of Wrestlemania, it'd be a shame if the event left fans with a feeling that's anything less than amazement.
Posted by Batson at 10:03 AM