My most anticipated movies of 2018


Most of these movies, of course, are super hero movies.

But as each year passes and more and more super hero movies are released, the genre keeps re-inventing itself.

They have to in order to stay relevant and successful.

I don't know if all of these innovations will work, but we'll find out. 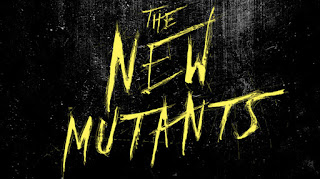 Kicking off this list is March's latest X-Men movie: The New Mutants. Unlike other X-Men movies, this one is basically a horror movie.

The initial preview I saw didn't impress me too much. It seemed a little bit normal in terms of horror movies.

But it's the first horror movie of the super hero genre.

We'll see how it goes, but I'm thinking it won't be the biggest box office hit, straying too far from the formula that makes super hero movies work.

Will I still go see it? Yeah, probably. 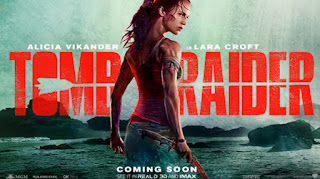 I was surprised that they were remaking Tomb Raider, but I guess it has been 14 years since the last Tomb Raider, featuring Angelina Jolie.

I liked that set of movies, so I was kind of irritated that they were remaking the movie, but when I found out that Alicia Vikander had the starring role, the irritation went away.

I'm a fan of Alicia from her work in Man from U.N.C.L.E. She's gorgeous and talented, so she seems like a good choice to bring Lara Croft back to life.

The trailer that I saw didn't seem like this movie would break any box office records (or even be as good as Angelina Jolie's versions), but I'm interested to see what they do -- mostly because of Vikander. 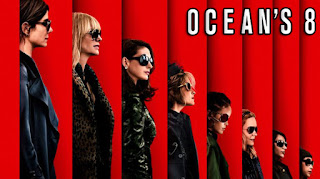 I wasn't the biggest fan of the George Clooney, Brad Pitt (etc., etc.) Ocean's movies. The first one was OK, but it seemed like the movies quickly went downhill after that. Then again, it's been several years since I saw the movies so maybe my memory isn't being fair to them.

I'm interested to see how this movie does. I suppose it could end up like the female Ghostbusters (which is available for $5 at most Big Lots or grocery stores I've been to). I never saw that movie, but it didn't seem like that movie landed the way they hoped it would, for whatever reason.

It'd be a shame if this movie wasn't very good, considering they have a great cast in Sandra Bullock, Cate Blanchett, Anne Hathaway, Helena Bonham Carter, Mindy kaling, Katie Holmes and Rihanna, among others.

Hopefully the material can live up to the talents of the cast. 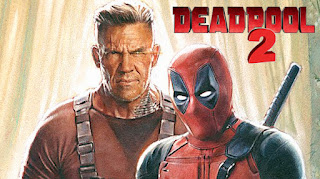 Deadpool was so unique in it's very adult-oriented presentation. The sarcasm that Ryan Reynolds brought to the table as the Deadpool character made it very successful.

I wasn't a huge fan of it upon first viewing. I was mostly shocked at how adult it was when I was expecting the typical super hero movie.

However, it was very entertaining and, I thought, written well. The material was there. Reynolds delivered. Makes sense that they'd give us a sequel.

Sequels don't always live up to the original movies when it comes to movie trilogies or franchises, but I think this one will. 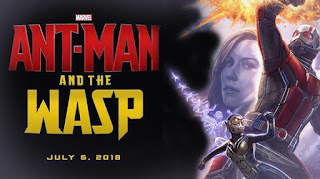 Ant-Man and The Wasp

I was very opposed to the first Ant-Man movie. I thought it was going to be stupid and pretty much like a big-screen version of The Tick. I thought it'd be presented as dorky and laughable, but they really made it work.

Maybe it was the comedic timing of Paul Rudd or the always captivating Evangeline Lilly or the veteran skills of Michael Douglas. Or maybe it was the awesome villain they found in the actor from House of Cards (I forget his name, but you know him if you see him).

Falcon's cameo made it that much better. I love the little cameos throughout the movies in the Marvel Cinematic Universe. You're created all of these awesome characters, so you might as well use them when needed and when appropriate.

The combination of it all was really good. Now, with The Wasp coming into her own, this movie should be double the excitement and double the fun. I think this will be like the first movie -- an unexpected success. Ant-Man is kind of unassuming. You don't exactly picture him in the line-up of the all-time great super hero characters, but Paul Rudd as Ant-Man in the MCU is awesome and I don't think that'll change in the sequel. 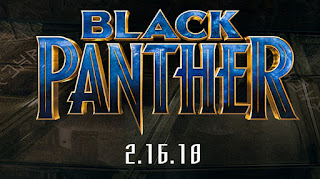 This movie should be pretty big. It's the first full-blown movie for an African-American super hero. Sure, we've seen Heimdall and War Machine and Falcon play fairly large roles in the Marvel Cinematic Universe, but, when it comes down to it: these guys are supporting characters.

Luke Cage was given a show on Netflix, but Netflix is very different than the big screen.

Just as being the first solo female super hero film benefited Wonder Woman, the fact that this is a landmark movie should be a big benefit to Black Panther. It was strategically placed for a February release -- right in the middle of Black History Month.

Besides that, there are some very talented actors lined up here. Chadwick Boseman is Black Panther. Joining him is Michael B. Jordan (after his role as the Human Torch in the awful Fantastic Four remake), Lupita Nyong'o, Forest Whitaker, Angela Bassett, Andy Serkis and Martin Freeman.

It should be a great mix of special effects and exciting action scenes. 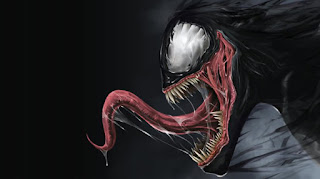 I don't know that this movie will actually be any good, but I'm intrigued by it. A stand-alone movie for a character from Spider-Man that won't be connected to Marvel's version of Spider-Man?

Alright. I guess we'll see how it goes.

Tom Hardy as Venom is a great choice. He was awesome as Bane. I'm excited to see what he can bring to the table as a man possessed by a Sybmiote.

Michelle Williams, Riz Ahmed (Rogue One) and Jenny Slate (The Secret Life of Pets, Zootopia) round up a talented cast.

I have no idea what to expect from the story, but I hope it's good! 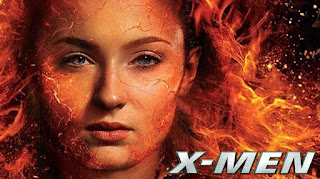 James McAvoy told Entertainment Weekly that this movie was "the most emotional X-Men we've done." Meanwhile, Sophie turner (Jean Grey) apparently told Empire that, "We wanted to create a whole new genre of superhero movie," describing the project as a "dark, gritty drama."

X-Men: Days of Future Past was on point, while X-Men: Apocalypse left a lot to be desired. Psylocke didn't do much in terms of physicality and Apocalypse was absolutely awful. There were no redeeming aspects of that version of Apocalypse. Zero. And I'm usually pretty open-minded, trying to find at least some kind of positive in the movies I watch.

After a miss, I hope this movie picks up with some of the previous X-Men momentum.

Dark Phoenix is a story we have not seen translated on the big screen -- at least not fully. X3 certainly touched on Dark Phoenix, but it wasn't a full-blown movie about it and it was never actually mentioned.

I do hope that they present this Dark Phoenix as an alien / guardian of some sort. I took issue with the fact that they portrayed Jean Grey as simply having the Phoenix inside of her all this time.

Regardless of the portrayal and how closely it follows any comic book or animated depictions, I want to see this movie. Hopefully I won't walk away disappointed. 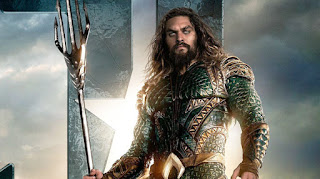 Justice League did the impossible. Thanks to some good writing and Jason Momoa's unique look, Aquaman is now bad-ass. He's DC's Thor of the underwater. The look isn't the conventional Aquaman, but that's OK. It's updated and better in a lot of ways.

I liked the mix of seriousness and comedy that Momoa presented in Justice League. If it's a full movie of that, I'll be happy. They've already got me going to the theater next December. 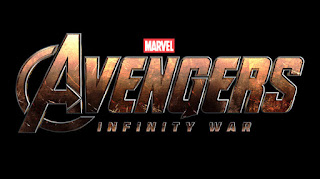 What other movie is more anticipated in 2018 than Avengers: Infinity War? It's such a massive project. I can't think of any other time in history where there has been such a large gathering of characters (who were stars of their own individual movies) to make a mega-movie.

I like to go into movies these days basically unknowing, but I did watch the trailer (I couldn't resist). It looks like an epic adventure, despite Thanos looking far less intimidating and less impressive without his armor and helmet. And despite Black Widow's blonde look being very distracting.

The best part? It's not even the culmination. It's the set up to a second part, so it'll only get better!