So ... what to do about DCEU's Superman?


The news came out within the last week that Henry Cavill and Warner Brothers apparently won't be working together on any Superman projects going forward.

The DCEU seemed to be getting better after the success of Wonder Woman and then this news comes along.

First of all, I think it's absolutely ridiculous that DC would cast aside one of their benchmarks for a Supergirl project.

No offense to Supergirl fans out there, but she's never been a succeessful character. The show will return for a fourth season this Fall on The CW, but it's been on a steady decline in viewership since it first season on CBS.

The Supergirl movie was awful. The comics have never really wowed the world.

I'm fine with female empowerment and all that, but you already have Wonder Woman, Harley Quinn and Captain Marvel (MCU). I don't see a Supergirl doing well in a market that already has two muscled women who can fly.

Meanwhile I believe a Black Widow movie and Batgirl movie are also in the works --- both of which I see being more successful than Supergirl.


So, first off: I have an issue with DC casting aside Superman for Supergirl, but there are a few possibilities: 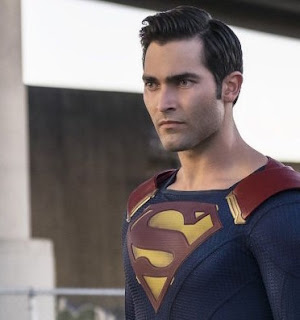 Sure, there are various actors who could take over the role, but I am NOT in favor of this at all. Recast a new Superman for a different set of movies, but replacing Henry Cavill and having him interact with Gal Gadot (as Wonder Woman) or Jason Momoa (as Aquaman) is not okay.

That's low-level soap opera stuff there --- not something you'd see in a big superhero movie.

Sure, they replaced Batman actors back in the '90s, but look at how credible those movies turned out.

If DC wants to stay serious about Superman, then recasting is not an option.

Now, if they want to recast him in an entirely different reboot that's separate or outside of the current DCEU, fine. Go ahead.


Side note --- I like Michael B. Jordan, but I don't think having Superman go black is the answer here.

There are plenty of black superheroes who can be developed and given movies of their own. Just look at Black Panther! I just recently blogged about the fact that X-Men's Storm has a lot of potential as a standalone movie.

Updating Aquaman's look so that it's not so cheesy? Fine. Great, actually! He looks pretty bad-ass now.

There's no need to start changing ethnicities of such an iconic superhero, though. Aquaman was kind of a joke character. Superman is iconic. There's a big difference.


2. Discontinue the Superman character in the current DCEU (that's acceptable, I guess)

If they aren't using Henry Cavill anymore, then just do the Pepper Potts / Marvel thing and make references to him in other movies, but don't actually use him. If it has to be the case that he was the character to set up the DCEU and is now gone, so be it.

Better to let the character disappear from the DCEU than to recast him in the same universe. 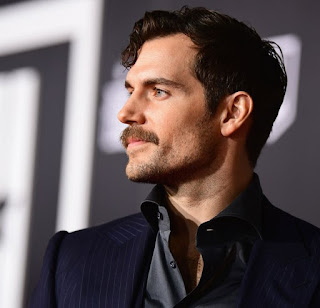 This is the best option, in my opinion.

He proved he can draw in the latest Mission: Impossible movie (Tom Cruise is an aging actor who wouldn't have been able to carry that movie without Cavill).

Time to give him more money, get him committed to a multi-picture deal and give him good content to work with.

Cavill has the athleticism, the look, and the acting skill. He works as Superman. Use him!

Sometimes you have to spend money to make money. I don't think Cavill is going to bankrupt Warner Bros. or DC with his pay day. Now, if the next movie he does as Superman doesn't profit, don't proceed with any other Superman movies. That's fine.


But absolutely do not recast Superman with a lower-paid actor. That's not acceptable and it's dooming the project from the start.