I'm not one to predict financial results at the box office. I've never really tried that before.

That's what happened with Baywatch, Jupiter Ascending, Valerian and the City of a Thousand Planets, Ghost in the Shell, the latest version of The Mummy and various others.

I sat there thinking, 'How could anyone think these were good ideas?!'

This is the first time I've voiced my opinions in a published format.

Here are my predictions for some of December's movies: 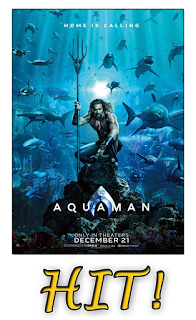 Like I've already told some of my family members, this is an underwater Thor. This is going to be good for D.C.

While they've has a few issues with some of their other movies, they got this one right the moment they cast Jason Momoa as Aquaman.

He gave the character a much-needed update. The look isn't cartoonish anymore. He looks like a bad-ass!

That's how he was presented in Justice League. He also displayed comedic ability at the same time. I have a hunch it'll be a great blend of action, comedy, drama and special effects.

All the while it will showcase Momoa as a key player in the DCEU.

If they hold onto Gal Gadot, Henry Cavill, Ezra Miller and Jason Momoa, they could have several successful movies in the future --- solo or ensemble. 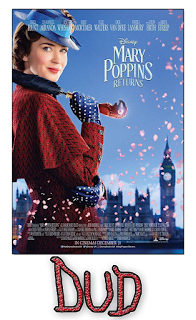 It's like Solo: A Star Wars Story. Why would you put an actor in the position of playing an iconic role? Even if the story is good, people will inevitably compare Emily Blunt to Julie Andrews. While she's alright in several movies, there is no winning a comparison battle against Julie Andrews ... especially as Mary Poppins!

I'm not sure why they didn't make Blunt a pupil of Mary Poppins or a daughter or granddaughter or maybe the next in line to have the title. While those are tired ways to continue on a franchise (or develop a franchise), they're more acceptable than casting someone entirely new as a beloved and iconic character.

If Disney wanted to do a sequel, then just bring in Julie Andrews for the entire movie. If she didn't want to do it, that's fine. There are other ways to go about it. They apparently got Dick Van Dyke on board for a cameo. That's a starting off point. Mary's umbrella isn't an actual person. They could incorporate that. Maybe explore just who Mary was and where she came from.

Are there dozens of other cloud-riding nannies out there? Did Mary leave her powers for someone else to take charge of?

It'll probably do well enough at the box office because it's a family movie and the Christmas season is when families go to the movies. It's when schools take field trips to the movies. It'll surely generate some sales with the powerhouse that is Disney promoting the movie on so many mediums.

That being said, it won't do what they're expecting and hoping it to do. 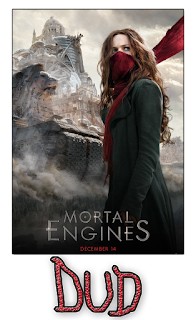 It's like so many other novels turned movies in the past several years. You can't just up and capture the success of Harry Potter or The Hunger Games.

While this concept is different, it's a little too different. Harry Potter's land of wizards and Katniss Everdeen's teenage death battles are 'out there' concepts too, but they're based in reality more than a movie like this.

It's unique, so I'll give them that, but entire cities doing battle on giant machines like an episode of Robot Wars? I don't see many people clamoring to see it.

As soon as I saw Washington, D.C. rolling around on a giant tank, I knew it wasn't going to be good. 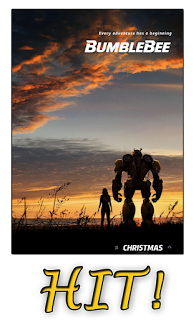 I'm kind of surprised by my prediction. Originally I thought it'd be the nail in the coffin for the Transformers franchise (which I've enjoyed more than not). After seeing the trailer, however, I think it could be a fresh start. They got away from Mark Wahlberg and the original trilogy and are focusing on the main drawing point: the Transformers themselves.

It won't be a big explosion fest, which most people tired of. I think it'll be interesting to see the origin of Bumblebee and some of the other Transformers and Decepticons.

I don't know that John Cena is going to be that impressive with his acting, but the young actress -- Hailee Steinfeld -- seems authentic enough to draw people in. It's not going to be massive, but it'll surpass expectations. 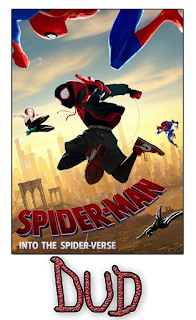 Spider-Man: Into the Spider-Verse
Prediction: Bomb

I don't see this movie having much wide appeal.

Number one: it's a somewhat involved Spider-Man storyline. Most people are familiar with Spider-Man, but not multiple Spider-verses.

Number two: it's an animated movie. It's not Lego Batman and it's not a Pixar guaranteed hit. It's not a regular superhero movie. It's got a niche audience and I don't think it'll be able to compete with the busy December schedule.

The storyline may have worked as a live action movie, but I see it having limited potential as an animated movie.

The Spider-Man universe is cool, so I hope it does do well in a way. I just don't have any faith that it'll happen.