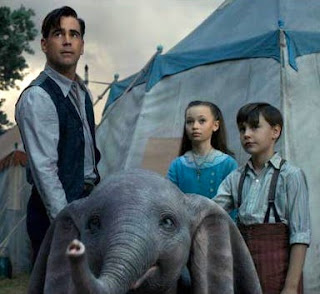 While Aladdin made unnecessary changes from the 90s version and The Lion King was pretty much an awkward, lesser CGI'd version from that 90s version, Dumbo told an original story. The problem is: that it just wasn't very good.

To me, there's still no better live action movie than Maleficent. It reminded me of 'The True Story of the 3 Little Pigs.' It told the story from the opposite perspective.

Dumbo added several characters that weren't in Disney's classic animated version, but most of them weren't that exciting. The movie had some predictable greedy characters and some dull heroes. 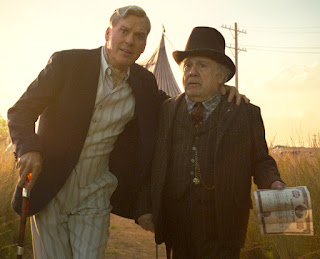 The children meant nothing to me. I had zero cares for them. They had way too much screen time.

The writers actually gave one of the kids a line in the movie where she said, 'Dad, that's Mrs. Dumbo!' as though it was some sort of revelation.

This was after they just saw Dumbo and his mother holding reuniting, holding their trunks together. Well, no kidding that's 'Mrs. Dumbo.' The entire crowd of 50 people around you should have figured that out.

The Jungle Book provided some great CGI, but Dumbo, Aladdin and The Lion King all left a lot to be desired in terms of the CGI. I don't know if they are using different studios, but they need to replicate The Jungle Book if they are going to bring all of their animated characters to life.

I'm kind of worried about how The Little Mermaid will look after watching Dumbo, Aladdin and The Lion King this year.

I was impressed with how they incorporated the pink elephants into the live action version. I wasn't sure how they'd get some of the original content into a 2019 live action movie, but they did. Kudos on that. 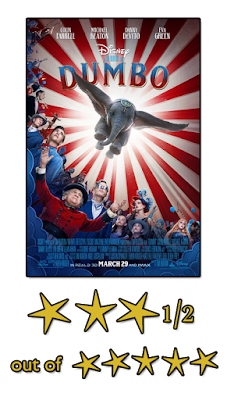 I didn't have much of an emotional attachment to this Dumbo character though. The animated version was never at the top of my Disney movies list and this version didn't improve the character's standing.

The ending was fun, a plan the characters came up with, that had a purpose and that came together well.  But you have to get through the first half of the movie to get there.

I appreciate the effort to tell a new, entertaining story. They tried to tell too many stories all at once and it wasn't enough. It wasn't cohesive.

Like I said in the beginning of this blog, the problem is: the story just wasn't that compelling.

Dumbo was set in a circus, but there wasn't much magic in this movie.