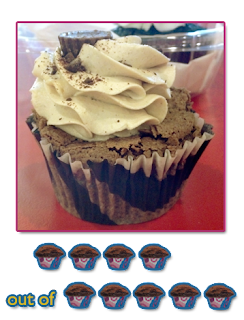 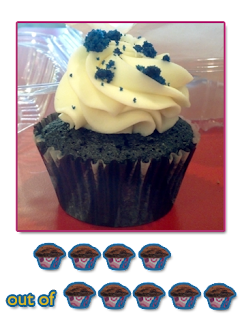 I'd never heard of a blue velvet cupcake before, so I had to get it when I saw it.

Was it like a red velvet cupcake, but with blue dye? Did it have a different taste? I was about to find out.

I don't know if it actually did taste different than your typical red velvet cupcake, to be honest. However, I swear it did! The cupcake tasted like a really fresh, good tasting vanilla cupcake.

The frosting was a little bit crumbly -- not creamy -- but that may have been because it was kept in the cooler. Despite the frosting being stiff, the cupcake tasted amazing.


The positives: both cupcakes tasted incredible (better than I was expecting for cooler-kept cupcakes)

The negatives: the somewhat stiff frosting on the blue velvet cupcake