For a while there you couldn't turn on the TV without seeing some kind of superhero show.

It seems that the end of a TV superhero era is upon us, however. 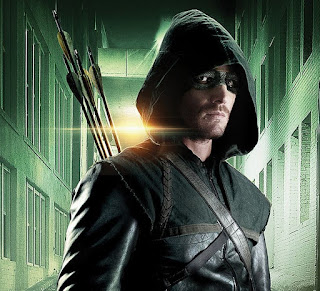 Rumors are that Arrow (on the CW Network) will be cancelled after the next season. Along with that, Legends of Tomorrow is also apparently on the way out.

There are even rumors that Supergirl may be replaced by a Superman TV show.

Netflix just announced the cancellation of Jessica Jones and The Punisher.

This is after Daredevil, Iron Fist and Luke Cage were all cancelled last Fall.

And any Gotham fan knows that this show is going away after the end of this season, too.

While many fans are probably upset by the abundance of cancellation news, I'm not.

I'll miss Daredevil and Gotham. To be honest, I haven't had the chance to keep up with Jessica Jones' second season, Luke Cage's second season, the last season and a half of Arrow or finish the first season of The Punisher.

It's just a lot to keep up with (especially when I'm watching The Good Place and Manifest in real time each week). 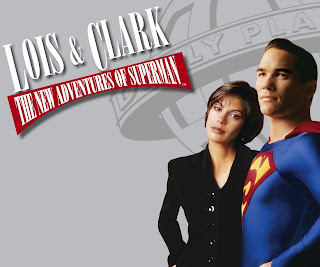 Also, I grew up in the 1990s. The only (non-animated) show we got back then was Lois & Clark: The New Adventures of Superman.

Before that (in the late 80s), there was The Flash and The Swamp Thing (though neither lasted for very many seasons).

Smallville came around in the early 2000s (though I never watched it) during another lull in superhero TV programming.

Then Marvel changed everything with the Marvel Cinematic Universe. There was a big boom with superheroes on the big screen, so, naturally, that trend migrated to the small screen.

Just think about all of the shows we got in the past 5 years:


What a time to be a fan of superheroes!  We had a good 7 years -- really good!  Plus, the Arrowverse gave us several crossover events.

I really enjoyed The Defenders (the Jessica Jones, Daredevil, Iron Fist and Luke Cage team-up) too.

All things come to an end, though, so it makes sense that an overly saturated market on the superhero front couldn't sustain itself.

Unfortunately the trend these days seems to be each network or company having their own streaming service like Netflix and Hulu (I have my own thoughts on that for another blog post at another time).

The good thing is that the DC and Disney (and therefore Marvel) platforms need content for their services.

DC Universe launched in Sept. 2018 and already has a couple of TV shows that are available to watch:

- Titans  |  DC Universe
Sept. 2018 – present
based on DC's Teen Titans, this show has been renewed for a second season

They have a handful more that are in development:

Scheduled to debut sometime in 2019

Disney+ is probably going to be one of the new homes for a lot of superhero content.

There's a good likelihood that Daredevil and Luke Cage will be revived on Disney+.  That would mean viewers would have to follow the show from Netflix to Disney+.  Fans did that with other shows in the past, however, so it could work. 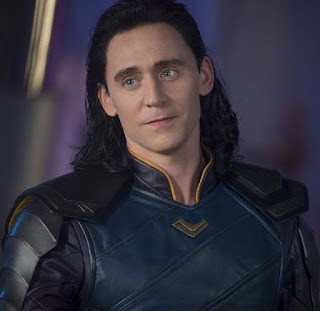 They also have 3 exciting shows at various stages of development:

- The Vision and Scarlet Witch  |  Disney+

In development
Anthony Mackie and Sebastian Stan will reprise their roles as Falcon and Winter Soldier in this live-action series.  It's apparently going to be kind of a buddy cop series with a superhero flavor.

In development
Lastly (and perhaps most exciting), there is a limited series on Loki that is being worked on.  So even if Tom Hiddleston doesn't return in Avengers Endgame, he'll be reprising his now iconic character at some point.


While all of this means we'll have to pay for content, it is going to be available.

I'm a fan of DVDs because I like to have a copy to watch when the internet goes down or when programs are removed from Netflix or other streaming services, so I'm hoping they release some of these series on DVD.

Then I can purchase them (and watch them over and over) without having to pay that monthly fee.  I'm not sure if DVD releases will happen though.


What does the future hold?

I wouldn't be surprised to see some new superhero shows end up on the mainstream networks again.  DC Universe and Disney+ almost need to keep shows on their platforms in order for them to be successful.

It's one thing to get someone to watch network television, but it's another to get them to pay $10 - $15 a month to watch your shows. 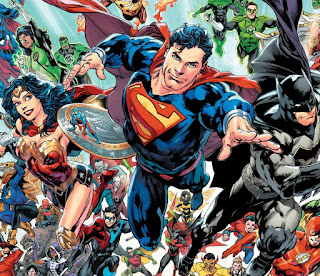 DC Universe doesn't have a library of ready-made content that vast, so they need to create new shows.

New superhero shows on the main networks probably won't debut within the next couple of years, but give it another 5 years and we may see an entirely new crop of superhero television.

With such a vast library of characters in Marvel and DC's extensive comic book archives, some of the lesser known characters are perfect for TV.  They can be developed into something bigger.

The Green Arrow was never an extremely popular character, but just look at what Arrow did for the character.

It spawned an entire Arrowverse.

CW has always been a superhero-friendly, but they're also focused on ratings.

If they think a show will do well, they've proven that they'll take the chance and pick it up.  If the show doesn't perform, it will get cancelled.

While this may be the end of one era, it's sure to lead to another.

Maybe a Fantastic Four television series?  Or a series about Amanda Waller and her rise to the top of A.R.G.U.S.?

I could see either of those shows airing on the CW.

Superhero movies aren't going away anytime soon, so superheroes on TV aren't going away either.  I'm sure there are several TV networks that would love to cash in on the popularity of the superhero genre as much as they possibly can.

It's just a matter of finding the right characters to tell a good story to garner ratings.