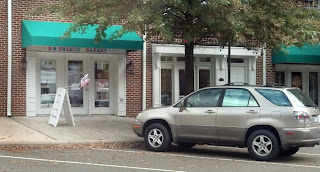 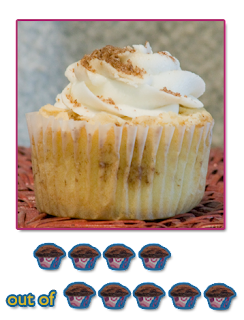 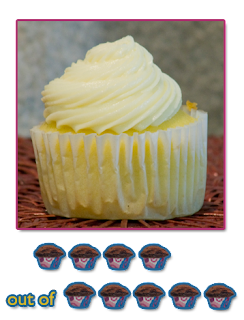 BW Sweets Bakery bakes a good lemon cupcake! There’s a strong lemon flavor in both the cupcake and the frosting. The frosting is sweet, like any good frosting is, but it also has a nice tang to it.

It’s not an overload of sour though. You won't get that 'sour face' when you're eating it.

There’s the right combination of sugar and sour to make a great tasting cupcake.

Just like with the Cinnamon Roll cupcake, the flavors of the frosting and cupcake worked well together. 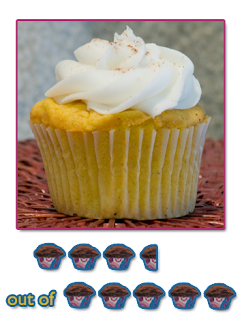 For the second time in three weeks, I found a pumpkin cupcake.

After the tasty Cinnamon Roll cupcake and the sweet Lemon Cupcake, I was excited to see how the Pumpkin tasted.

Of the three, this one was the least impressive.

It wasn’t bad. I didn’t regret getting it, but it didn’t compare to Granny Mac’s pumpkin cupcake.

There wasn’t a very strong pumpkin flavor in the cupcake. The frosting, while good, was pretty much regular white frosting. I was hoping for cream cheese frosting instead.


The positives: there was a nice selection to choose from and, for the most part, the frosting and cupcakes tasted great

The negatives: the pumpkin cupcake wasn't as good as it could have been